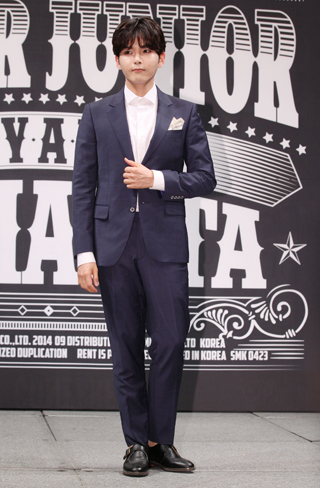 Member of boy band Super Junior, Ryeowook will enlist in the military on Oct. 11.

The singer’s agency, SM Entertainment, said on Wednesday that he will serve the mandatory 21-month military service starting next month at Jeungpyeong-gun, North Chungcheong. The singer previously postponed his enlistment in June due to scheduling obligations, including his solo album and radio DJing duties.

The boy group member will also be releasing a collaboration track with singer Bada of former girl group S.E.S. fame. “Cosmic” will be unveiled today by his agency, SM Entertainment and their digital music project, STATION, which releases new songs from various artists under its label. The music video for the song will feature a story that is described as “a star-crossed journey for love.”

The idol singer debuted as a member of the original 12-person lineup of the SM boy band. He recently released his first solo debut, “The Little Prince,” in January. He will join five other Super Junior members currently serving in the military, including Shindong, Sungmin, Eunhyuk, Siwon, and Donghae.