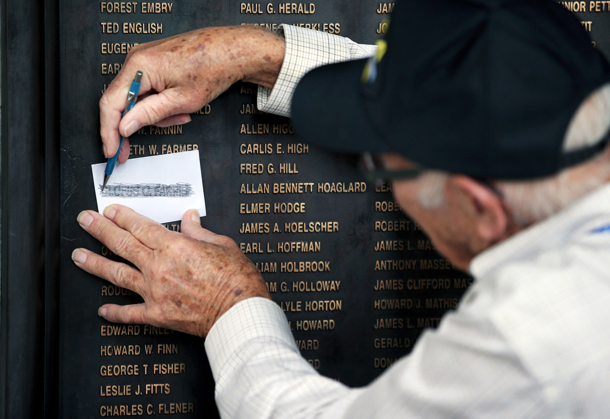 Puerto Rican Korean War veteran Carl Gabriel Arlinghaus rubs the embossed name of a comrade he lost in the war at the War Memorial of Korea in Seoul on Thursday. The veterans who visited Korea 66 years after the Korean War played a major role at the Battle of Chosin Reservoir (1950). [PARK JONG-KEUN]