The Big Owe or what?

The Big Owe or what? 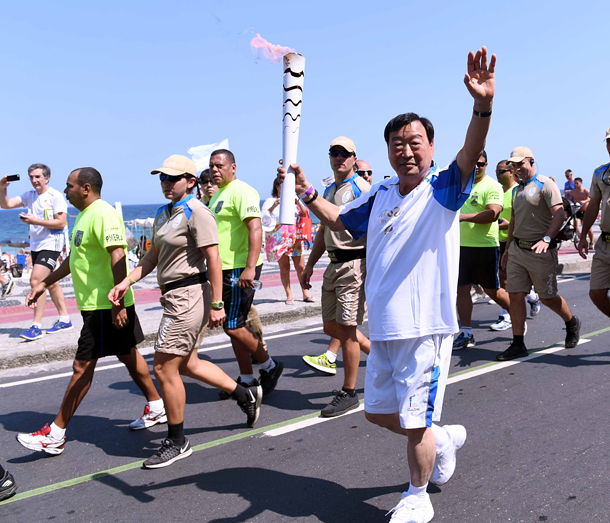 In 2007, I went to Montreal, Canada, to cover the U20 World Cup soccer event. Korea’s U20 team, with current veteran players like Ki Sung-yueng and Lee Chung-yong as members, drew with the United States and Poland and lost to Brazil, before being eliminated in the preliminary round. The Korean team played three games in Montreal’s Olympic Stadium.

Built as the main stadium for the 1976 Montreal Olympics, it is an indoor stadium with a retractable roof. It once was the home field for Montreal Expos, but since the team moved in 2004, the stadium has been only occasionally used for events and exhibitions. During the U20 World Cup, the baseball scoreboard was covered with a black curtain, and the baseball field was fenced off to create a rectangular soccer field.

The construction cost for the stadium was set at 134 million Canadian Dollars ($101 million), but it took 1.61 billion to complete due to a number of design changes and accidents. The debt was cleared in 2006, 30 years after the Olympics. It is nicknamed “the Big O,” but Canadians call it “the Big Owe.”

On September 21, Mayor of Rome Virginia Raggi announced her opposition for the 2024 Olympic bid. She said that hosting the Olympics is “irresponsible, unsustainable and unaffordable.” More surprisingly, she said that Rome was still paying off debts from hosting the 1960 Olympics.

We have 500 days until the opening of the 2018 Pyeongchang Winter Olympics. According to the Board of Audit and Inspection’s report on how prepared the Pyeongchang Winter Olympics are, made public in July, the event is expected to result in at least a 224.4 billion won ($202.3 million) deficit. This number is likely to grow during the remaining preparations and the actual event.

But no matter how the issue is addressed, the government authorities, including the Ministry of Culture, Sports and Tourism, Gangwon Province and the organizing committee are not willing to listen. It has become a fad to ignore the advice that is not pleasing to your ears.

Saenuri Party’s Yeom Dong-yeol, whose district is Pyeongchang, submitted a revision proposal for the National Sports Promotion Act on September 18. He proposes to leave the post-Olympic management of the Winter Games facilities to the Korea Sports Promotion Foundation Commemorating the Seoul Olympics, and to take out “Commemorating the Seoul Olympics” from the foundation title.

While the justifications are budget saving and efficiency, his true intention is obvious. He wants to spread the post-event management costs for so many facilities constructed despite national opposition, not just among the Gangwon residents, but all Koreans. After all, it is the voters in his district that elect him a lawmaker.

How about the lawmakers based in constituencies in Incheon? Incheon is struggling with the debt it incurred from hosting the 2014 Asian Games. Why don’t they further revise the National Sports Promotion Act and have the Korea Sports Promotion Foundation, and the nation’s citizens, take on the burden of maintaining the stadiums from the Asian Games?


*The author is the editor of the JTBC Digital News Room.