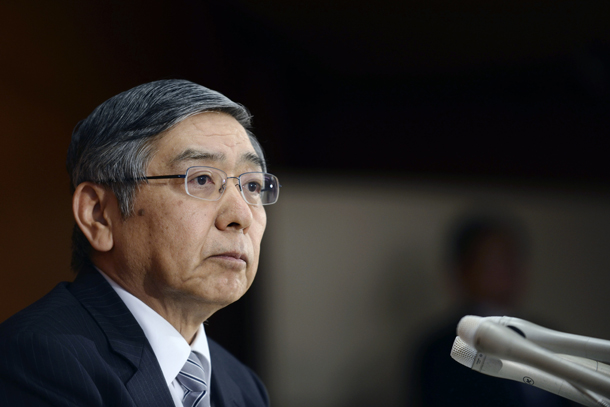 The once-conservative Bank of Japan delivered an uncharacteristic policy surprise with its plan to target certain interest rates. I suspect that, at this stage, the central bank would have been much better off sticking to something closer to its traditional caution.

Historically, the BOJ hasn’t been at the forefront of experimental monetary policy. This was the case under Masaaki Shirakawa, the prior governor, who resisted being pulled into aggressive innovation and instead tried to shift the burden to other policy-makers with tools better suited to the tasks at hand.

All this changed in March 2013 when Haruhiko Kuroda, the former president of the Asian Development Bank, replaced Shirakawa. Laboring in the shadow of two “lost decades” of growth, worried about the risk of deepening deflation and emboldened by the political popularity of Prime Minister Shinzo Abe, Kuroda has embarked on a program of aggressive policy innovations. Unfortunately, the results have fallen short of expectations.

Rather than stepping back while completing a full assessment of the effectiveness of its earlier policy initiatives, the central bank went even further this week. Its new measures include committing to a specific interest-rate level for the 10-year government bond. In the process, it is doing the once-unlikely, if not unthinkable: using instruments of direct monetary control, thereby violating the policy recommendations that advanced countries have repeatedly made to emerging economies.

To its credit, the BOJ has demonstrated that its tool set isn’t empty. But this isn’t the key question. Rather, it is whether the central bank can regain policy effectiveness.

This situation is similar to what happened earlier this year, when the BOJ surprised many and took short-term interest rates to negative levels.

The results so far suggest that BOJ policy has not only been ineffective but also potentially counterproductive. Consider the yen: after an initial depreciation — what Japanese officials wanted in order to promote growth with higher exports and rising demand for domestic goods to replace imports — the currency has appreciated. If this holds, the stock market would be inclined to sell-off, thereby erasing Wednesday’s gains.

Some will suggest that the BOJ should have done even more to avoid this situation — for example, by also pushing interest rates even deeper into negative territory by expanding its quantitative easing asset-purchase programs in an aggressive open-ended fashion.

Based on initial evidence, the BOJ has stumbled into the lose-lose-lose situation that former Federal Reserve Chairman Ben Bernanke in August 2010 called the “benefits-costs-risks” equation for unconventional monetary policies: the benefits are negative; costs, including unintended consequences, are increasing; and risks are becoming more severe. As a consequence, the BOJ is undermining its credibility while opening itself up to greater political interference.

As I argued earlier this week, the Bank of Japan would be much better off, both in the short and longer term, to make its measures conditional on the government moving ahead more decisively with implementing Abe’s “third arrow” — adopting pro-growth structural reforms to make the economy more competitive by promoting equality for women in the workforce, improving corporate governance, reforming labor markets and enhancing fiscal effectiveness. That is where the focus needs to be, not on extending central bank policy experiments.