For Idina Menzel, new album is ‘a new beginning’

For Idina Menzel, new album is ‘a new beginning’ 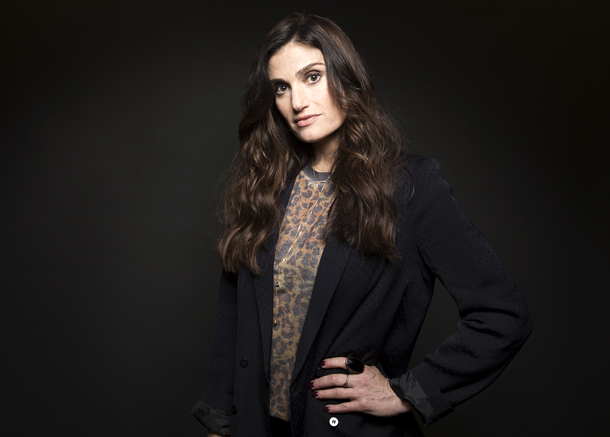 Idina Menzel poses for a portrait on Sept. 21 in New York. Broadway and “Frozen” star Menzel released an introspective album on Sept. 23 after a tumultuous few years, and its simple title “idina.” is as stripped-down and honest as it gets. [AP/NEWSIS]

It’s only five letters - just her first name, unadorned. All in lowercase, with a period at the end.

“Frozen” and Broadway star Idina Menzel has a new introspective album out this month after a tumultuous few years and its simple title - “idina.” - is as stripped-down as it gets.

“I guess I want people to feel like they really get to know me on a first-name basis,” she says. “The period says some kind of confidence but the lowercase is like not completely arrogant.”

In the eight years since her last original studio CD, Menzel has shot to global fame singing “Let It Go,” had her name mangled by John Travolta at the Oscars, given birth to a son, poured her heart into a new Broadway show and seen her marriage to Taye Diggs collapse. She’s come out the other end with a mature pop album and a new engagement to actor Aaron Lohr.

“It’s a new beginning - personally, in my life,” she says. “The music was written and is about things that I was experiencing in the last couple of years, sort of putting an end to one era of my life and figuring out how to start again.”

The new album is strong and incredibly personal, with storm clouds seemingly everywhere. “Heaven knows, I went through hell,” she sings on “Show Me.” On “I See You,” she says: “Here’s to the hopeless/The almost forgotten/To those who got lost along the way/I see you.” The woman who once sang “Defying Gravity” is now singing “goodbye gravity” on one song.

Menzel leaned on two producers - Eric Rosse and Greg Wells - and she had a hand in writing virtually every song, from “I Do,” with its clear dig at Diggs (“Remember you told me/You’re my one and only”), to the upbeat, hear-me-roar “Queen of Swords “ (“Don’t go asking me for apologies”).

The 45-year-old singer and actress says her personal turmoil came at the same time as career success, spinning her head. She’d go into the studio angry at the world and yet emerge with hopeful songs.

“I was going through a divorce and, simultaneously, my career was taking off in a bigger way than ever, with ‘Frozen’ and all of that. And so here I am singing at the Oscars and then dealing with mediation and visitation agreements,” she says. “The dichotomy of that, the contradictions and the guilt and regret that I was feeling all at this wonderful time professionally, was very dynamic for me.”

Dan McCarroll, president of Warner Bros. Records, signed Menzel three years ago while she was starring in the Broadway musical “If/Then.” The two met over dinner and talked about what kind of album she wanted to make.

“She was very clear that night about what she wanted to do. For me, the album represents exactly what we talked about,” he says. “She was true to who she is and said what she needed to say.”

Menzel also recently finished shooting a Lifetime remake of the 1988 film “Beaches,” taking on the role originated by Bette Midler. That’s quite a change for an actress who likes original roles.

“People think I’m so cool because I’m in all these original musicals but it’s also because I don’t want to be compared to Barbra Streisand or Bette Midler. I’m too scared. So it was a hard decision for me to do it. But then I learned there’s a whole generation of women that have never seen ‘Beaches’ or heard of it,” she says.

The remake has her singing some classic Midler songs like “Wind Beneath My Wings,” but Menzel is used to belting out big tunes. Her Oscar-winning “Let It Go” remains a monster hit.

“People ask if I get sick of it. I really don’t. Often when I’m singing onstage ‘Let It Go,’ there’s these beautiful young faces in front of me that maybe have never seen a concert before,” she says.

“It changed my life. It’s afforded me new opportunities in my professional life and also it came at a time in my life when I was going through some crappy stuff so it’s like this beacon, out in the distance, that saved me a little bit.”

There’s only one critic of the tune - and he lives with her. Her son, Walker, 7, is like any kid: He gets easily embarrassed by mom and he often asks her to remain silent.

“If he hears ‘Let It Go’ or anything ‘Frozen,’ it means someone’s around trying to take mommy from him,” she says. “But he likes to use it to flirt with the girls. I overheard him, when I was volunteering in his class, try to offer one of the cute girls an autograph. Did she know that his mom was Elsa from ‘Frozen’?” AP