The truth will come to light

The truth will come to light 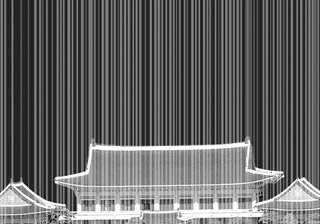 The National Assembly has become a mess. After the opposition parties railroaded a resolution to recommend the dismissal of Agricultural Minister Kim Jae-soo, the ruling Saenuri Party protested by starting a boycott of legislative activities. Saenuri chairman Lee Jung-hyun is holding a hunger strike. The National Assembly’s audit on the Park Geun-hye administration is limping along.

The 20-day audit for this year is destined to be ineffective, and many issues that were supposed to be questioned at the audit also disappeared, including scandals involving Senior Presidential Civil Affairs Secretary Woo Byung-woo and the Mi-R and K-Sports foundations. Will they just disappear? It seems when there is a political battle, right and wrong become meaningless.

But this is not the end. Although Park can delay the lame duck period, she cannot extend her tenure. The truth will be laid bare at some point.

Rumors and some media reports concerning the two nonprofit foundations are actually disgusting. Although the vice chairman of the Federation of Korean Industries offered an explanation, it was not enough.

If there is no further explanation, the speculations and accusations raised by some media seem more convincing. They said Choi Soon-sil, a close friend of the president, raised massive funds thanks to the cooperation of the Blue House secretariat.

Companies enjoy the benefits of the Korea Wave, or hallyu. Foreigners fond of the Korean culture have a good perception of the country and they favor Korean companies and products. I have heard many examples during my recent visit to Malaysia. Sometimes sports, such as ladies’ professional golf and badminton, prompt these affections.

Some products, such as cosmetics, were directly influenced, while other products were affected indirectly. Of course, world-class products and companies sometimes help other businesses to prosper. Former Korea University President Eoh Yoon-dae chaired the Presidential Council on National Branding during the Lee Myung-bak administration and asked Samsung and Hyundai Motor to use Korea as brand. It was a strategy to make the world-class companies’ images into Korea’s image.

The idea of improving Korea’s prestige by spreading K-pop, hallyu and sports actually hit the nail on the head. The direction is understandable, and it also makes sense that the companies, which benefited from the improved attention, also need to make contributions in return.

But how did the Mi-R Foundation and K-Sports Foundation end up running the national projects? And why are they surrounded by accusations when they are doing such a good thing?

Cultural prosperity is one of the four basic concepts of the Park Geun-hye administration’s governance philosophy. Although the Cultural Ministry created the Presidential Council for Cultural Enrichment, the outcome falls far too short of meeting expectations. Some things are meant to be done by the government, while some are meant to be done by the private sector. And the foundations appeared to be established to fill the gap.

The problem is the process. It should have been public and transparent. The government’s explanations showed that they were not established for some individuals’ personal gains. They were to support the idea of cultural prosperity. So then, why have they been established secretly?

Even if they need to be launched in a hurry before the president’s overseas trip, that cannot be a reason to doctor a minute of a meeting.

The FKI said it will reform the practices, and it should have been done a long time ago. That, however, answers the questions that were already raised, and we need a clear explanation.

Another issue is the alleged involvement of a Park confidant. The president needs someone who can share her feeling as a human being. But a friend is more than enough.

A confident can often be reason for a scandal. In the past administrations, families, relatives and friends caused scandals. Park, therefore, stopped her siblings from visiting her at the Blue House and refrained from meeting her beloved nephews. It is no wonder she thinks the allegations are unfair.

We are also concerned with language. The businessmen quoted a senior Blue House official’s comment and the language was extremely vulgar. The businessmen never take risks. They know how difficult it is to control the government.

But an accomplishment must not be ruined by a few words. It is undesirable if the businessmen were complaining that they seem to be living in the dictatorship of her father. When a Blue House official high-handedly delivers an unreasonable request of a president’s confidant, unfortunate things are bound to happen.

The Blue House is hidden behind a veil. And it is also exposed under a microscope. One word and a small action will be amplified when they are heard outside. When a senior presidential official shows irritation, a businessman takes it as a threat.

Nothing more than an unintended, careless remark can invite misunderstanding.

Truth will come to light. It is a matter of time. President Kim Young-sam punished his son, Hyun-chul, during his term, and President Kim Dae-jung punished all three of his sons during his tenure. Laying bare the truth is even more necessary when scandals are caused by misunderstanding. Clearing it up during Park’s tenure will spare her from unwanted consequences. It is better to face a heavy downpour just once than stand in the long, drizzling monsoon rains.