Learning how to be honest about the limits of truth

Learning how to be honest about the limits of truth 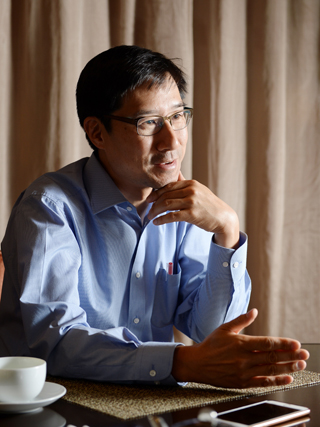 Chang Ha-sok, a chair professor of the history and philosophy of science department at the University of Cambridge, applies philosophy to the study of science.

Chang Ha-sok, a leading scientific philosopher, believes that philosophic questioning in the study of science is never useless. His books, “Inventing Temperature: Measurement and Scientific Progress,” published in 2004, and “Is Water H2O?: Evidence, Realism and Pluralism” from 2012, show his research in an area other scientists might consider fruitless.

As a professor of the history and philosophy of science at the University of Cambridge, he advises his students not to be swift in judging something as vain. His continued study in what others consider unprofitable, in fact, is what made him a renowned scientific philosopher.

Chang studied theoretical physics and philosophy in an independent studies program at the California Institute of Technology. He then went to Stanford University, where he completed his doctoral degree in scientific philosophy. He became a professor at the University of London at the age of 28 and was invited to become a chair professor at the University of Cambridge in 2010. Chang received the Lakatos Award, also known as the Nobel Prize for scientific philosophy, for his book “Inventing Temperature,” which also gave him international recognition in the world of academia.

Chang was first introduced to the Korean public in 2013, when he gave a special lecture on EBS. He visited Korea to give a lecture to the Seoul Humanities Forum at Hotel Shilla on Wednesday. Chang, in addition, is the brother of Chang Ha-joon, an economics professor at the University of Cambridge who is well known to Koreans. 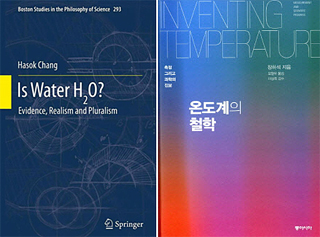 Below is an edited interview with Professor Chang.


Q. What made you study scientific philosophy?

A. Every time I had a question in a physics class, I was told that it’s too philosophical, and therefore irrelevant to the study of physics. Being told this over four years, I realized that I should study philosophy to find the answers myself. The scientific knowledge that water is H20 is something no one questions, but I was curious how scientists made such a discovery. “Is Water H20?” is the output of my eight years of research on the matter. I started writing “Inventing Temperature” to question the idea that water always boils at the same temperature, at 100 degrees Celsius.


How do you define the study of philosophy?

Philosophy is meaningful because it studies what most people consider useless. It’s not about life-or-death issues, but society needs someone to question what others don’t.


What did you mean by “Science is not about finding the truth” in your book “Science Meets Philosophy?”

Western science shares its origin with religion. Early scientists, who were European Christians, hoped to understand God by understanding nature. Science ever since has been viewed as the absolute truth. But the word “truth” in English is used differently depending on its context. A lot of the time, truth refers to knowledge that is subject to change. In the testimony of truth, for example, a witness is expected to share undistorted and subjective knowledge, not universal truth. Similarly, when Donald Trump said he’d only speak the truth in his campaign, he meant he’d be honest in sharing his thoughts and feelings. I believe that the same meaning of truth, one that is relative and changeable, applies to the study of science.


Do you think scientific breakthroughs can lead to humanity’s progress?

We first need to define what progress is. In my opinion, progress is about focusing on and developing values important for humanity. That is why I want to talk about humanities and science at Seoul Humanities Forum.


The scientific community believed that Korea is safe from earthquakes until the recent Gyeongju earthquake. What do you think?

Karl Popper, a philosopher of science, once said that it’s wrong to assume all existing scientific knowledge to be true. We need wisdom to accept uncertainty in the study of science.


Then how can we find the truth?

The answer is in not attempting to find truth. Truth is something we can’t reach.


As a scientific philosopher, what do you think of Plato and Kant?

Kant’s philosophy is designed to show the limitations of human knowledge, which is meaningful in today’s scientific philosophy. Plato’s theory, on the other hand, focuses on learning the absolute truth. I think it’s more important for great philosophers like Plato to acknowledge our limitations and study how to make progress toward a given limit, rather than pursuing the truth.


What is your next plan?

I want to write a book about how to avoid obsessing about the truth, the one goal I want to accomplish in my life.