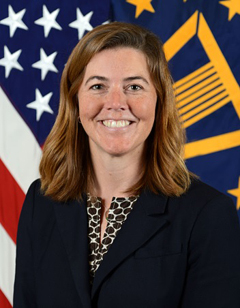 Nuclear arms dealers are increasingly using more ambiguous dual-use items, or material that can have both civilian and nuclear-weapons development uses, which are difficult to “identity and target,” a U.S. defense official pointed out during a regional military exercise in Singapore designed to counter the proliferation of weapons of mass destruction (WMD).

“There are very clear lists of items that are of dual-use,” said Wendin Smith, the U.S. Department of Defense’s deputy assistant secretary of defense for countering weapons of mass destruction, over a telephone press briefing with Asia-based reporters on Thursday.

“There are also increasingly proliferators who look to go one level lower perhaps to other items that may not be declared on a dual-use list,” she continued, “but could still be combined with other components to be an area of concern and that’s obviously much harder to identify and then interdict. But that’s where the best practices of the Proliferation Security Initiative (PSI) can be helpful.”

Launched in 2003, PSI, which is supported by 105 countries, is a global cooperative effort to stop the proliferation of WMDs, their delivery systems and related materials. The PSI Asia-Pacific Exercise Rotation, which hosts the exercise, comprises six countries: Singapore, Australia, Japan, South Korea, New Zealand and the United States.

Some 800 personnel from 21 countries, including Korea, took part in this year’s Exercise Deep Sabre under this initiative, held in Singapore from Tuesday through Friday. The exercise included live drills out at sea, such as a simulated interdiction of WMD delivery, table-top exercises and coordination and information sharing among participants.

“The continued provocations by North Korea are troubling for the entire international community,” said Smith. “And we do look forward to all of us continuing to enforce United Nations Security Council resolutions and other activities that push back against that provocation.”

But she pointed out that PSI does not target any particular country.

One of the key objectives of Deep Sabre this year, said Smith, was to encourage coordinated efforts between countries to counter the proliferation of WMDs, including materials that are related to WMDs and delivery systems.

“I would highlight, as we have discovered this week, particularly that second nugget is very problematic but also very important,” she said. “There are so many commercial items that are dual-use items and actually not dual-use items that can be part of a WMD-proliferation network but are difficult to identify and to target.”

The initiative helps countries share ideas with other members, she said, which can “enable rapid decision making about if you encounter a vessel, which part of government do you notify, what kind of legal questions you need to be addressing, and gives some good guidance and best practices about how to identify any equipment or material of concern.”

Smith added, “The Asia-Pacific region really could not be more important from a counter-proliferation and nonproliferation perspective. Daily we see through evidence in recent provocations in the area the continued importance of WMD proliferation related both to materials, delivery systems, people and proliferation networks.”