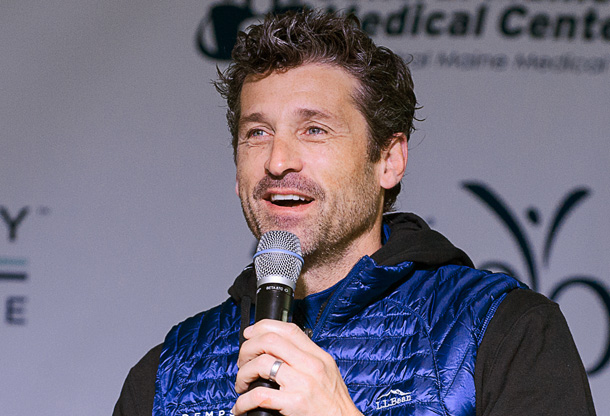 LEWISTON, Maine - After hitting the red carpet this month for the release of his new movie, actor Patrick Dempsey has returned to his home state for a cancer fundraiser.

The Maine native, who plays a starring role in the new romance-comedy, “Bridget Jones’s Baby,’’ participated Saturday in a cancer survivor walk with his three children and two sisters.

The bike-and-run “Dempsey Challenge’’ raises money for The Dempsey Center. Dempsey and his sisters created the center in 2008 in partnership with the Central Maine Medical Center in Lewiston.

They were inspired by their mother, Amanda, who died of cancer in 2014.

Dempsey said before the event that he’s energized and inspired by the Lewiston-Auburn community. Last year, the event drew nearly 4,000 participants and raised $1.2 million.

“It’s what keeps us motivated to keep working year round to expand and improve our services so we can help more people here in Maine and someday around the country,’’ he said.

It’s been a busy period for Dempsey, who became widely known as Dr. Derek “McDreamy’’ Shepherd on TV’s “Grey’s Anatomy.’’ After leaving the show, he went to London to film “Bridget Jones’s Baby.’’ He’s also prioritizing his life to refocus on his marriage and family.

He said returning to his home state helps to keep him grounded.

“It’s an experience that never leaves you and one I find myself connecting with and drawing from more and more as I raise my own children,’’ he said.