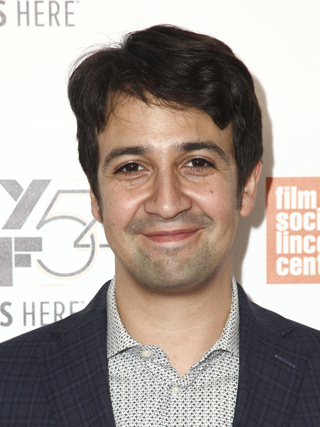 NEW YORK - Lin-Manuel Miranda, the creator of the Broadway musical “Hamilton” wants people to get out and vote, and for good reason.

“I think a lot of people fought and died for the right to vote, and so I think our country is healthy when we turn out in large numbers,” Miranda said on the red carpet at the New York Film Festival on Saturday.

Miranda doesn’t accept the premise that some people will abstain from voting because they can’t connect with Republican presidential nominee Donald Trump or Democratic nominee Hillary Clinton.

“Even if you don’t agree with me on who to vote for, I want you to vote. I want the majority of the country to pick the person who is in charge of it,” Miranda said.

He made the comments at a screening for “Hamilton’s America,” Alex Horwitz’s upcoming PBS documentary that chronicles the making of Miranda’s Tony- and Pulitzer Prize-winning musical.

The musical has brought an understanding of policy and politics to a new generation with its unique telling of the life of founding father Alexander Hamilton told through an inclusive cast using a hip-hop and R&B score.

Earlier in the day, actors from “Hamilton” were helping to register voters at the show’s home, the Richard Rodgers Theatre.

The show’s lead producer Jeffrey Seller spoke proudly of the civic responsibility his cast was taking.

“There is no expression of our democracy that is more important or more integral than voting, so how fitting is it that the ‘Hamilton’ cast encourages all folks to vote,” Seller said. AP