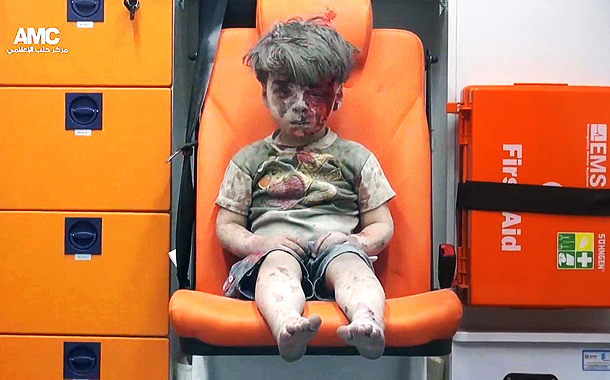 The 71st United Nations General Assembly is in progress in New York. But the excitement and emotion found at the Paris climate agreement in late 2015 cannot be felt. They have been replaced by lament and self-deprecation over the limits of the United Nations.

North Korea has a part in the UN’s helplessness. Only a few days before the general assembly, North Korea conducted its fifth nuclear test. UN member countries wishing for a world without nuclear weapons were morally indignant. But a series of sanctions by the UN Security Council could not deter North Korea’s nuclear provocations.

Continued conflicts and a growing numbers of refugees pressure the United Nations. Civil war in Syria is a major concern. During the UN General Assembly, bombs continued to fall over Aleppo, Syria. Even when world leaders got together to discuss world peace, hundreds of children and civilians lost their lives in the merciless bombing. With 250,000 civilians trapped inside, Aleppo has turned into a living hell. Footage of frightened children covered in blood were shown around the world. A medical staff cried as people were being crushed in Aleppo every day but the world had abandoned them.

UN Secretary General Ban Ki-moon’s ten-year tenure is nearing its end. This is the last general assembly under Ban’s leadership. His legacy of the Paris climate agreement and sustainable development goals (SDG) have faded before North Korean nuclear threat and the spread of conflict.

In fact, it is hard to find a predecessor who had been in the field of conflict like Ban. He did not hesitate to publicly criticize powerful nations directly and get indirectly involved in conflicts. In the keynote speech, he said, “Powerful patrons that keep feeding the war machine also have blood on their hands.” In the Security Council meeting, he said, “Even a slaughterhouse is more humane,” urging actions to protect civilians and medical staffs from attacks.

Last month, I met Ban at an event to celebrate the 25th anniversary of the Permanent Mission of the Republic of Korea to the UN. He didn’t seem to have time to rest. He talked about his upcoming trip to Europe to discuss solutions for Syrian conflict with European leaders.

But, as if laughing at Ban and UN’s efforts, airstrikes on civilians and hospitals continued in Aleppo and the UN’s peacekeeping and war deterrence capacity are being criticized. The New York Times argued that the UN was shaken in fulfilling its main duty of preventing catastrophic wars.

It is true that the United Nations failed to attain reforms to meet the needs of the changing world. In the meantime, its authority weakened and problem-solving capacity reached its limit. The powers dominating the Security Council rejected reforms, and many member countries condoned reality. Ban failed to break the obstacles.