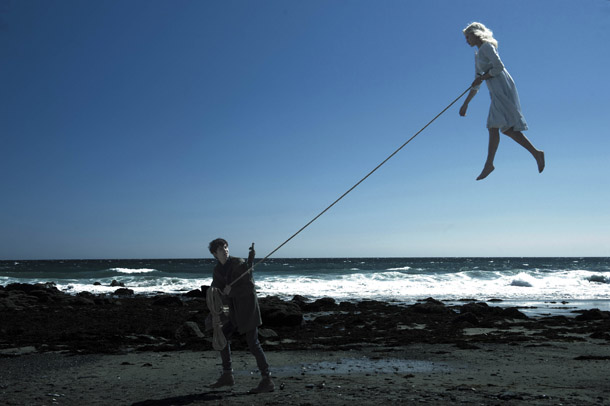 The Tim Burton-directed fantasy adventure film “Miss Peregrine’s Home for Peculiar Children” took the top spot in the weekend box office according to the Korean Film Council on Monday.

Based on the New York Times best-selling novel, the young adult fantasy drew in nearly 2 million viewers across 899 theaters prior to the weekend since its release on Sept. 28. The movie was able to make up 35 percent of the weekend’s total ticket sales, raking in more than 5.5 billion won ($4.95 million) over the three day period.

The Hollywood horror film “Don’t Breathe” directed by Fede Alvarez opened at second place. From the creative team that produced the 2013 film “Evil Dead,” this home-invasion thriller is about a group of friends that try to rob a blind man’s home, only to find out that the victim is not as defenseless as they once believed.

The crime-thriller “Asura: The City of Madness,” starring top actors Jung Woo-sung and Hwang Jung-min, dropped down to third this past weekend. The R-rated drama drew in a total of 2.4 million viewers since its release.