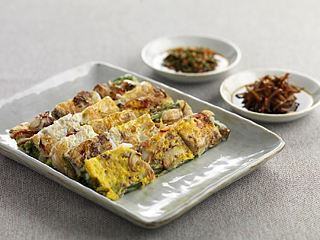 To Nov. 30: Oksan Buffet at The Ritz-Carlton, Seoul marks the arrival of autumn, the harvest season, with a menu showcasing Korea’s leading regional specialties. Despite its relatively small size, Korea boasts a wide range of distinct climates and land types, allowing each region to develop a clearly defined culinary culture of its own. Oksan Buffet fully brings out this rich diversity with this autumn’s selection of regional dishes, introducing the finest cuisine from each corner of Korea.

Combining the finest regional produce with local recipes and culinary traditions, the promotion offers a unique chance to sample the wonderful diversity of Korean cuisine. This promotion is priced at 75,000 won ($66.80) on weekdays and 79,000 won on weekends (tax and service charges are included). 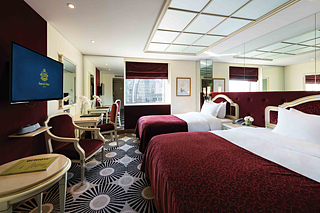 To Nov. 30: Imperial Palace Seoul Hotel presents the Minibar Package for hotel minibar fans. This is everyone’s chance to enjoy a variety of snacks and beer comfortably in their room at a reasonable price. The Minibar Package includes a one night stay, various snacks and four cans of beer. The snacks include chocolate, chips, energy bars, mixed nuts, candy, and more. In addition, all package guests have complimentary access to the fitness club and indoor pool (18 years old or above, closed on first Tuesdays of the month), and a valet service for women. Club floor guests (Club Deluxe Room, Corner or Duplex Suite) receive breakfast for two at the Club Imperial Lounge and club benefits (happy hour buffet, sauna, and more). The price starts at 185,000 won.

Ongoing: The Atrium at the Grand Hilton Seoul presents an afternoon tea set for those wishing to enjoy a relaxing tea or coffee experience at a reasonable price. It is available every day between 2 p.m. and 6 p.m. Prepared by the hotel’s patissier, the afternoon tea set includes a brownie, macaroon, meringue, scone, pecan pie, sandwich, roll cake and more served on three beautiful trays.

These delicious treats are accompanied by 100% organic ‘Le Benefique’ herbal tea infusions including lavender, linden and sage or premium coffee for two. The price is 40,000 won for two people. 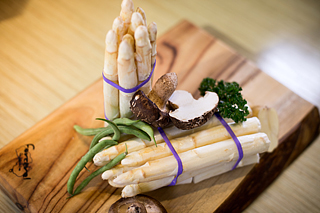