Lil Wayne explains ‘no such thing as racism’ views

Lil Wayne explains ‘no such thing as racism’ views 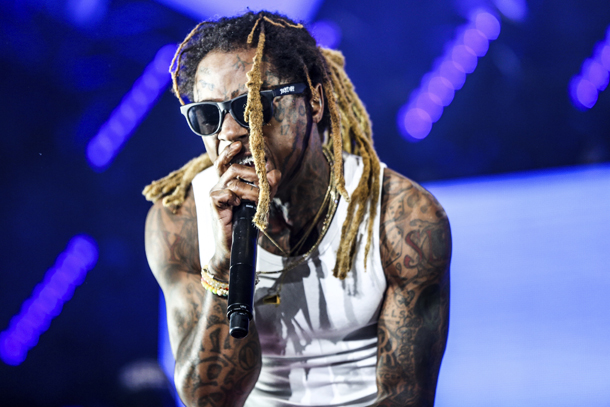 Lil Wayne performs at the 2016 BET Experience in Los Angeles. The rapper got some backlash when he told Fox Sports 1’s “Undisputed” that there was “no such thing as racism” because his concert audiences had a lot of white fans. [AP/NEWSIS]

NEW YORK - Lil Wayne understands why some people criticized him for saying racism is over, but claims people don’t see it from his perspective.

The rapper got some backlash last month when he told Fox Sports 1’s “Undisputed” that there was “no such thing as racism” because his concert audiences had a lot of white fans. He also said millennials knew that racism wasn’t cool.

When asked on Tuesday to expand on his thoughts, Lil Wayne told The Associated Press that one of the reasons he feels that way is because a white police officer saved his life when he was 12 years old after he accidentally shot himself.

“Yeah, he was a cop, and my life was saved by a white man. I don’t know what racism is. I know a good (expletive) named Uncle Bob, though.” Carter said.

The Grammy-winning rapper said he was lying on the floor when police broke down the door, stepping over his body looking for guns and drugs. But one man stopped and chastised the others for leaving him.

“He was white as snow. Them (expletive) that hopped over me were blacker than me,” Carter said.

Carter says the man known as “Uncle Bob” personally took him to the hospital and stayed with him.

“(He) stood there and waited until the doctor said ‘He’s gonna make it,”’ Carter said.

Still, he acknowledged that despite what he told Skip Bayless on “Undisputed,” there is a such thing as racism. However, he says when he looks out from the stage, he sees all colors.

“It’s the world out there. It’s not a certain part or a certain kind or a certain culture or whatever of people, it’s people - those people out there in that crowd,” Carter told the AP.

He added: “I’m blessed to have that opportunity, so with that said I can only be honest with such a thing, I have never witnessed racism.”

Carter made the comments while promoting the recently published “Gone Till November: A Journal of Rikers Island,” a revealing account of his eight-month jail sentence in 2010 after a gun charge. AP