Is there an Alibaba model?

Is there an Alibaba model? 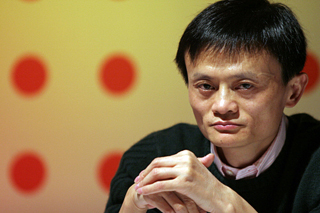 The way to do so, according to his annual shareholder letter released last week, is for other countries to use or replicate Alibaba’s “commerce infrastructure,” which includes everything from sales portals to payment systems. Ma hopes to see similar systems applied on a “global scale to lift up small and medium businesses and ordinary consumers around the world.”

For big developing nations such as India and Indonesia, facing a future where automation and shrinking global demand are denting the prospects for manufacturing employment, the idea of creating millions of jobs through e-commerce is irresistible. And Ma has numbers on his side: A Chinese government study from 2014 determined that more than 10 million Chinese are directly employed in e-commerce, many of them selling goods on Alibaba platforms. In just the last month, the Indonesian government has made Ma an adviser to its special committee for promoting e-commerce, while a United Nations trade body appointed him to serve as special adviser on youth entrepreneurship and small business.

Yet simply importing the Alibaba platform or model is unlikely to work outside China. Unless other countries recognize and can somehow recreate the unique circumstances that helped produce the mainland’s world-leading e-commerce sector, they’re unlikely to have anywhere near the same degree of success.

While e-commerce is thriving in Chinese cities — it accounts for 82.6 percent of all retail sales in Beijing, for instance — it’s really taken off because of rising prosperity in the Chinese countryside. There, brick-and-mortar retail never fully developed because of poverty and terrible logistics. Supermarkets and retail outlets lacked much choice and were oftentimes stocked with poorly-made imitations of well-known brands ranging from Sharpie pens to Oreo cookies. When the Oreos were real, I found, they were usually expired.

In recent years, though, the growth rate of Chinese rural incomes has outpaced that of urban incomes. E-commerce has sprung up to serve those new shoppers. In 2015, online purchases in rural areas were up 96 percent, to $55 billion.

As important as demand is supply. After 30 years of wild growth, China is now home to much of the global supply chain for making just about anything.

Many skilled factory workers are looking for ways to move back to and make a living in the more affordable countryside. By connecting buyers and sellers, Alibaba’s Taobao Marketplace has enabled these workers to set up small-scale manufacturing or farming businesses that can reach customers across China and beyond.

According to the Chinese government, 90 percent of China’s retail e-commerce shops are owned by individuals. Those shops, in turn, employ around 6 million people. In addition, as far back as 2009, Alibaba started noticing entire villages taking up production of goods for sale on Taobao. For example, the village of Junpu in China’s Guangdong province became a well-known online hub for clothing after factory workers — who had worked in nearby apparel plants — returned home and started setting up businesses.

As of 2015, there were 780 so-called “Taobao Villages” where at least 10 percent of the population was engaged in e-commerce or had opened 100 Taobao shops, and annual transaction volume topped $1.5 million. The range of goods produced by these villages is as vast as a department store, ranging from produce to outdoor gear such as tents and backpacks.

The Chinese government has actively supported this emerging retail universe. For example, authorities have allocated $300 million to warehouses and online training programs to spur Alibaba’s rural initiatives in 200 counties. In March, Alibaba reached an agreement with China’s Communist Youth League to train 1 million entrepreneurial teenagers in rural areas on the finer points of e-commerce. Meanwhile, the government continues to build out broadband, highways and other infrastructure essential to making the system run efficiently, including the “cold chain” logistical system needed to transport refrigerated food products from rural to urban areas.

Other nations, which don’t have China’s extensive supply chains, are going to have to make massive investments in infrastructure and human capital if they want to achieve anything like China’s success. That means promoting rural broadband and training rural workers in emerging manufacturing technologies such as 3-D printing that would allow them to make a range of products.

Programs targeting farm produce and rural handicrafts may be one place to start. But the truth is that e-commerce is unlikely to create jobs on a grand scale outside of China anytime soon. Alibaba, which envisions itself as facilitating a future boom, might be doing other developing countries (and its shareholders) a favor by suggesting they don’t get their hopes up.