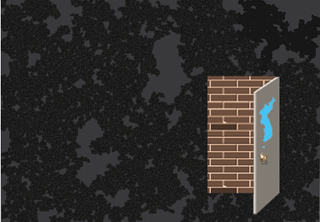 President Park Geun-hye recently referred to North Korean defectors as “the harbingers of unification” and “a test-bed for unification.” She also urged North Koreans to come to the free South. If that is the case, have we been successful with our test? Statistics say otherwise.

The current assistance-oriented policy only works when the number of defectors remains in the several tens of thousands. If 100,000 North Koreans come to the South every year, it takes an additional 2 trillion won to provide each one-person household with 7 million won in basic settlement subsidies and 13 million won in housing subsidies. Considering the medical, educational, pension and employment-related costs and basic living subsidies and administration expenses, the current system can hardly continue. Moreover, when the “greater reunification” comes suddenly, South Korea cannot finance current policies.

When the majority of defectors can compete with South Koreans and find a job, the “test-bed for unification” will be successful. To achieve that goal, the quality of North Korean human capital should be enhanced to help them assimilate to the norms of the market economy.

This is not something that can be accomplished by revamping the settlement support for defectors. It requires consistent and quality research. Questions like what kind of education and vocational training should be given to what demographic and what we should do to help them accept South Korean values and norms also need to be answered.

German reunification took an astronomical amount — 3,000 trillion won — mainly because of the gap between the human capital of East and West Germans. The huge reunification cost was not relieved by the exchange rate between East and West German currency, which was set at 1 to 1. No matter the exchange rate, companies would not pay more than the productivity of their workers if they can decide the wage.

The difference in values is also a major issue. According to a paper published by a group of Seoul National University economics professors in an American comparative economics journal, North Korean defectors have a strong tendency toward pursuing uniform equality. Another research paper shows that North Korean defectors who received education in the South were more reluctant to engage in competition than those with no exposure to education in the South.

When defectors study in South Korean schools, they acknowledge the difference in level with the South Korean students and lose confidence. If left unaddressed, their education in the South might encourage them to give up competition and choose welfare benefits rather than compete in school and get a job.

South Korea has a weaker economic presence than West Germany, but we can prepare for reunification. Nevertheless, we have been wasting the opportunity. It’s been two decades since defections began to increase in the late 1990s, but the government has been spending hundreds of billions of won without really studying or developing research-based policies.

The successful settlement of defectors is the key to unification preparation. If we cannot make this early version of unification successfully, there will be no unification jackpot or pressure on Pyongyang. It will be all talk and no action.