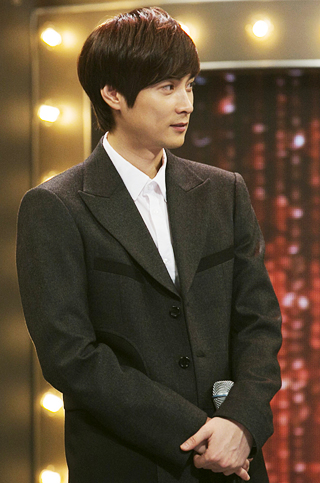 Singer Min Kyung-hoon and his pop-rock band Buzz will return with a new album on Sunday, one year after releasing their previous single, the singer revealed Monday.

In time with the album’s release, Buzz will embark on a tour titled “The BAND.” They will kick off their ambitious concert run with a two-day show in Gimhae, South Gyeongsang, on Nov. 19 and then visit all major cities in the country until the end of the year. According to the band’s agency, it is unclear whether they will make any appearances on television music programs since they will be expected to devote all of their attention to the tour.

Min himself has been making appearances on the JTBC variety show “Knowing Bros” and recently contributed to the soundtrack for the tvN drama “The K2.”