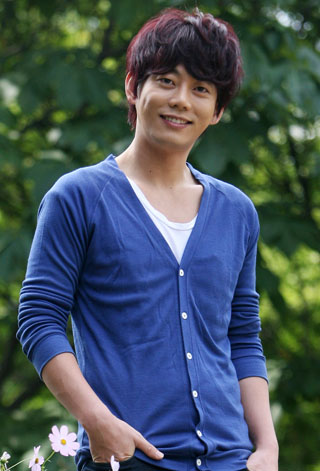 Ballad singer Tei will make a return with a brand new album next month.

According to a source, the singer is reportedly putting the finishing touches on his upcoming album, which will be revealed mid-November.

The singer has been keeping himself busy ever since he completed his mandatory military service in 2014 with a variety of television and theater appearances. He was also featured on the soundtracks of a number of dramas aired recently, including MBC’s “Monster,” as well as KBS’ “Uncontrollably Fond,” and “Oh My Venus.”

The source said that the upcoming album will be his first in six years, and although the singer was given over 150 songs, only 7-8 will be included in the record.

The singer recently made appearances on music variety programs on television such as MBC’s “King of Mask Singer” and “Duet Song Festival,” drawing renewed attention to his vocal ability.

The singer debuted in 2004 with his first album “The First Journey.” He is currently the host of the radio show “Tei’s Dreaming Radio” on MBC FM4U.