The nation of madness

The nation of madness 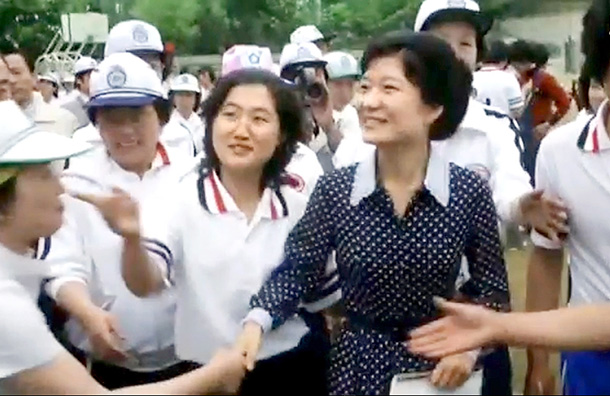 Asura is the king of evil spirits in the world of chaos and wars. Originally, it was one of the benevolent divine beings in ancient India, but it transformed into an evil god. It has three heads and six to eight arms. When Asura fights Heaven and loses, abundance and peace come, and if Asura wins, poverty and disaster come upon the world. When people practice virtue, heaven becomes stronger and wins. If people become evil, injustice prevails and Asura rules the world, the Indian mythology warns.

The Sanskrit epic poem the Mahabharata vividly depicts layers of dead Asuras. The unbearably cruel and bloody battle is called the “scene of Asura.” Middle-aged people remember Baron Asura from the popular animation series Mazinger Z from the 1970s. Half of Baron Asura’s face is female and the other half is male, and alongside Dr. Hell, the main villain, Baron Asura has an ambition of world domination. It was one of the most well-known villain characters among young viewers at the time.

Unfortunately, Asura in real life is not at all romantic, unlike Baron Asura in the animation. The reality is a complicated entanglement of ambition, egoism, jealousy, envy, lies, self-justification, flattery, betrayal and endless scheming to seize power. For Asura, the ends justify the means. In the pandemonium, powerless mortals let out silent cries.

It is only natural that the recently released movie “Asura” had extremely mixed reviews. The movie does not compromise with the viewers and goes all the way to expose the naked face of the “scene of Asura.” When life is already hard, viewers find it uncomfortable to look at naked reality on the screen.

Indeed, there are “scenes of Asura” to be found all around us. The private after-school classes in Daechi-dong, Gangnam district, for example.

Students have earphones and cross the street regardless of the traffic signals. Even when cars honk, they nonchalantly jaywalk as if they had no reason to concede. Crossroads are packed with parents dropping off their children. They are the embodiment of selfishness, only thinking about dropping off and picking up their child as fast as possible. So it would be too much to ask their children to observe traffic signals. Ironically, the place where students come to learn more to get into a better college has become a symbol of chaos.

But we cannot blame them. The chaos of political reality is already beyond our imagination. The president apologized for involving her friend in state affairs, power abuse and corruption, allegations and scandals continue to emerge. The Saenuri Party’s former floor leader, Yoo Seong-min, lamented “This is not even a nation,” and we all agree. The 18th century conservative Irish statesman Edmund Burke said, “The only thing necessary for the triumph of evil is for good men to do nothing.” When the good people serve their roles, we can overcome any crisis. The English title of the movie Asura is “The City of Madness.” The only thing that can correct the city of madness is the power of conscience and the efforts of good citizens.


*The author is deputy editor of EYE24, the JoongAng Ilbo.