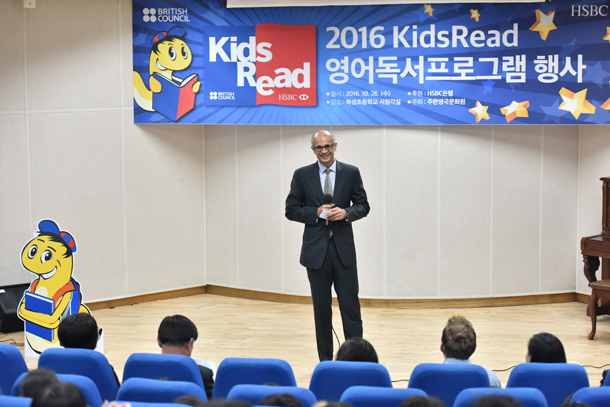 Sanjay Sadarangani, HSBC Korea’s country head of global trade and receivable finance, delivers a speech during a “Kids Read” event jointly organized by HSBC Korea and the British Council Korea at Buksung Elementary School in Bukahyeon-dong, western Seoul, on Thursday. Six elementary schools including Buksung Elementary received 100 British children’s books, and some 20 teachers from the British Council and 130 children participated in the event, which included storytelling and workshops for teachers and parents. [HSBC KOREA]