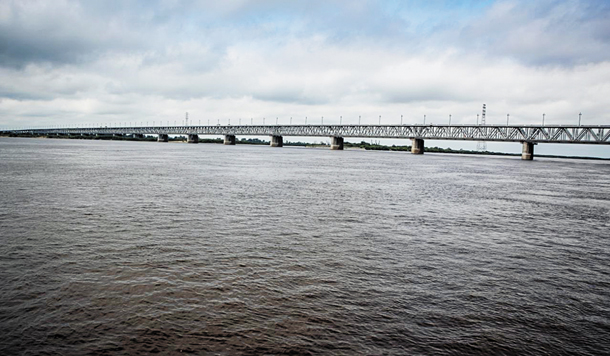 The Peace Odyssey, which made a trip across the vast far eastern part of Russia in September, provided valuable first-hand experience of the potential of Russia. The Far East of Russia brims with potential riches and the power of Russia. It also shows many of the country’s paradoxes and troubles. It underscores the light and shadow, hope and anxieties, and the dangerous mix of ambition and fear of Russian leaders.

Crossing the vast Far East, I was given the chance get a sense of what Tonyuquq, the famed warrior of the Gok Turk empire, a nomadic confederation of Turkic peoples in medieval inner Asia, had meant in the words on his epitaph: “One who builds a fortress falls, while the one on the move will live.” I asked myself incessantly during the journey: have we built a fortress or been on the move pioneering a new path?

What I witnessed in the skies, sea, and roads along the Far East of Russia was one disappointing sight after another. The train of the Trans-Siberian Railway I boarded at Vladivostok Station was no colossal black stallion. The much-feared Russian fleet were just three or four boats in a corner of the Vladivostok port. Despite their much-hyped reputations, the ports of Vladivostok and Zarubino looked like fishing village harbors compared with the sea gateways in Korea. Yet I emphasized the growth potential of the Zarubino gateway to the travelers on the Odyssey journey.

Why do we have to seize the path to the Far East? Russia covers 17.1 million square kilometers (6.6 million miles), double the size of the United States and China and running on 11 different time zones. It spans over 9,000 kilometers from the east to the west and 4,000 kilometers from the north to the south. Transportation becomes pivotal. Territorial connections are essential to keep various regions from going separate ways. They keep the country integrated with the rest of the world, establish markets within and develop the country’s vast natural resources.

The Asian Far East has been moving fast to link up with the Far East of Russia. Japan and Russia have been most cozy. In return for Russian-held sovereignty over four small islets near the Far East, Tokyo proposed various business projects to Moscow, to which the latter eagerly responded. Japanese Prime Minister Shinzo Abe, during summit talks in May, suggested a $10 billion economic package to Russia that would help develop the path to the Far East, infrastructure and resources there as well as living conditions for the residents in the Russian Far East and Siberia.

Russia early this year made the plan concrete. It presented Japan with 50 economic projects and 18 related to the Far East. The ministry of economic development proposed logistics projects to expand agricultural trade while the ministry of the Far East recommended port and industrial park developments. Both ministries asked for railway connection between Russia and Japan. The plan envisioned construction of either bridges or tunnels across the four-mile Strait of Tatary and the 26-mile La Perouse, or Soya Strait, to connect Japan’s northernmost island of Hokkaido to the Trans-Siberian railway connecting Moscow to the Russian Far East.

If the connection is established, Japan would be able to source Russian coal, minerals, wood as well as other strategic resources quickly and cheaply. Hokkaido, one of Japan’s regions with a rapidly aging population, could turn into a new and vital logistics hub for the Far East. The economic value would surge once the Arctic sea path becomes developed. The Arctic sea path would reduce a trip from Busan to Hamburg by 3,200 miles, but the path from Hokkaido can save even more, 4,600 miles. The two leaders are expected to announce a deal at a summit in December.

The tunnel along the Tatary was first attempted in 1950s. Construction was stopped because of technical complexities. But Japan, with the experience of completing the world’s longest 54-kilometer Seikan Tunnel, would be able to pull it off now. The Korean Peninsula also has a railway system that can lead to Russia. But North Korea is in the way. We may have limited our potential because we have built a fortress. We must resurrect the adventurous spirit of our ancestors. The spirits can be revived by connecting to Russia.


*The author is the chief director of Eurasia Infrastructure Center at Korea Transport Institute.