China gets desperate about debt

China gets desperate about debt 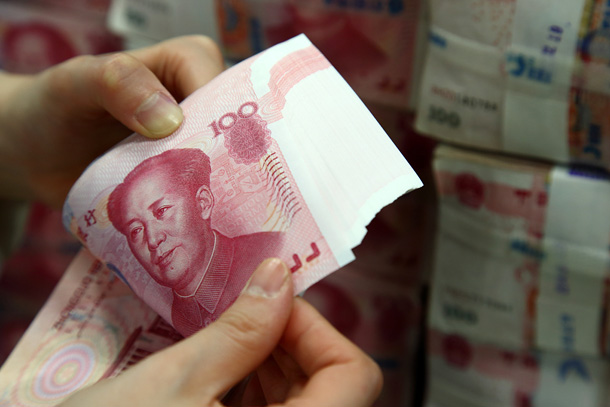 The Chinese currency was added to the IMF’s special drawing rights (SDR) basket in October, joining the U.S. dollar, the euro, the yen, and the British pound. [BLOOMBERG]

With its debts surging and growth sluggish, China has hit on a new strategy to revitalize its ailing economy. It’s the same as the old strategy. Only this time, it won’t work.

Earlier this month, China’s State Council released guidelines for a new swap program, in which companies can exchange troubled debt with banks in return for equity. The government hopes this will give the firms a chance to restructure on favorable terms, and avoid the prospect of “zombie companies” propped up indefinitely by state-owned lenders.

Optimists point to a similar program that China executed, with some success, a little more than a decade ago. But they’re overlooking the primary reason that the previous swap seemed to work.

In the late 1990s, responding to a similar bout of excessive borrowing, China’s government created state-owned asset-management companies to help banks clean up their balance sheets. Firms such as China Cinda Asset Management Co. and China Huarong Asset Management Co. grew out of this program. These “bad banks” purchased a wide variety of assets and held them for extended periods with minimal return.

The extent to which this solved any problems, as opposed to papering them over, is debatable. But even the limited success of that program won’t be repeated.

One major difference is where the capital to fund the program is coming from. In the previous iteration, the government used public funds and reserve injections from the People’s Bank of China to capitalize the bad banks. This time, it has resisted committing any public capital and hopes that existing financial firms will heed the call. But those firms have no financial incentives to do so — only political ones.

Another difference is the scale of the problem. From 1998 to 2004, China spent about $200 billion cleaning up its bad loans. That wouldn’t even scratch the surface this time: S&P Global Ratings has estimated that China’s banks may now need $1.7 trillion in capital.

The final difference is most important. Although China’s debt was increasing in the late 1990s and early 2000s, nominal growth was accelerating faster, driven by large trade surpluses from an undervalued currency. From 1999 to 2008, China averaged 14 percent growth in total loans, but 15 percent growth in nominal GDP. In other words, the previous swap program seemed to work because China was simply outgrowing its problems.

Circumstances are very different today. Since September 2011, nominal GDP growth in China has averaged 8.6 percent a year, while total loans have grown by 14.5 percent a year. At the end of 2015, China’s total social financing stock was 202 percent of GDP, compared to 122 percent in 2002. It is no profound insight to say that when debt is increasing at nearly twice the rate of the economy, paying the bills will only get harder.

Making matters worse, the external factors that enabled China’s rapid growth last time are unlikely to repeat themselves. From 2000 to 2008, global GDP grew by an average of more than 3 percent a year, allowing China to rapidly boost exports and accumulate large surpluses to pay off its debt. Since then, global growth has been slow, demand for Chinese exports has been tepid and China’s debt pile has grown so large that making a dent in it would require running unrealistically huge surpluses well into the future.

China doesn’t need a new debt-for-equity program. It needs to cut credit growth. If debt continues to increase at twice the rate of GDP, financial engineering can only smooth things over for so long. The government also needs to recapitalize the banking system. By most estimates, it will cost upward of $500 billion.

Unfortunately for China, someday, the debt always comes due.