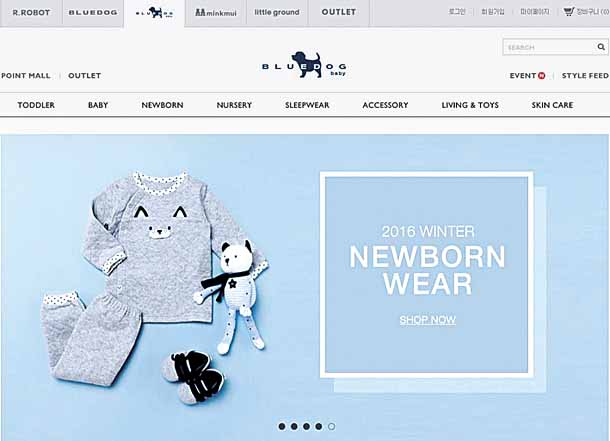 Public outrage against Choi’s family is growing as the assets of Choi and her sisters are disclosed.

Established in 1991, Suhyang Networks is the parent company of multiple children’s clothing brands including R.Robot, Bluedog, Minkmui and Little Ground. They are all big names in children’s clothing and have shops in major department stores nationwide. The news came as a shock to many parents, as all of these brands were popular for their good design and quality.

Suhyang Networks had revenue of more than 184 billion won ($161 million) last year, according to the company’s regulatory filing. Seo is registered as the company’s CEO and holds 30 percent of shares. Its major shareholder is Fung Retailing Limited, a Hong Kong-based retail company that bought 50 percent of Suhyang’s shares in 2013.

The boycott began on major online communities with mothers of young children, who have considerable impact on consumer trends in baby and children’s products. The biggest mother’s community on the portal site Naver, called Momsholic Baby, has more than 2.5 million members.

Outraged moms posted angry comments on the forums that they were ashamed of spending money to feed Choi’s family.

Seo Hyun-duk, son of Suhyang’s chief executive, denied allegations that the company was tied to Choi and that it had received wrongful benefits using his aunt’s ties.

“Twelve of our stores withdrew from department stores last year due to sluggish sales,” he said in an interview with the JoongAng Ilbo on Tuesday. “That wouldn’t have happened if the company exercised such power.”

He added that the company has voluntarily shared reports and data on its taxes and management activities with a law firm since 1991.

Suhyang was selected as a sincere taxpayer by the National Tax Service in 2013, a few months after President Park Geun-hye was inaugurated. Companies labeled as good taxpayers can delay tax investigations and payments for three years.

Choi Soon-cheon established a separate company called S Plus International in 2012. Headquartered in posh Cheongdam-dong, southern Seoul, the company is registered in the restaurant business with stores on Garosu-gil and Gyeongnidan-gil, two trendy streets in Seoul, and Haeundae District in Busan, one of the most expensive areas to conduct business.