Chopin winner Cho Seong-jin to be broadcast live on Naver

Chopin winner Cho Seong-jin to be broadcast live on Naver 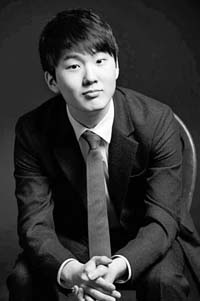 Those who cannot get tickets to star pianist Cho Seong-jin’s concerts, which sell out in seconds, will be able to watch a performance of his live on Naver. Cho, 21, became the first Korean to win the prestigious International Chopin Piano Competition in Warsaw last October.

Naver said it will stream Cho’s upcoming showcase at 8 p.m. on Nov. 16 on its services TV Cast and V Live through the classical channel V Classic. The showcase will also be staged for free at the Mozart Hall in Seocho-dong, southern Seoul. Those interested in going to his live showcase can apply for tickets at V Classic’s Facebook page until Nov. 6. Winners will be notified on Nov. 9. During the showcase, the organizers said Cho will not only play the piano but also talk about his thoughts on the pieces and his future plans.

The showcase comes prior to the release of his first studio album “Chopin: Piano Concert No. 1, Ballad,” on the German record label Deutsche Grammophon. By Yim Seung-hye