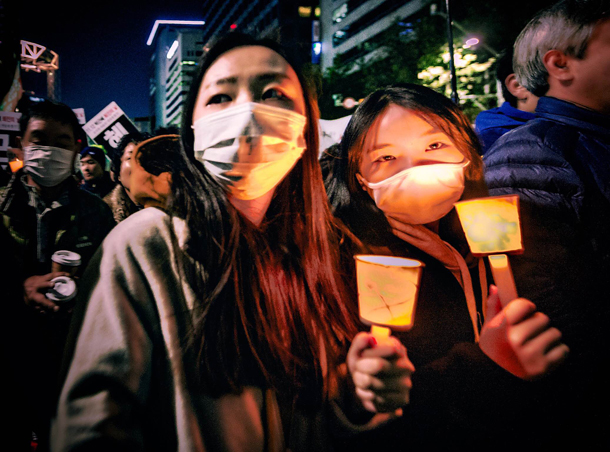 On Oct. 14, 2015, a Korea-U.S. Friendship Night event was held at the Andrew W. Mellon Auditorium in Washington, D.C. During the event attended by President Park Geun-hye, a Korean choir sang. But there was also a behind-the-scenes farce that few know about. Initially, students at Powell Bilingual Elementary School in Virginia were supposed to sing, as the school offered a Korean-language program. Traditional Korean hanbok (clothing) and shoes had been purchased with state funds.

But right before the event, someone “high up” ordered the group to add the pop song “Happy” to the repertoire. “If it wasn’t possible, change the choir,” the person said. The students at Powell Bilingual Elementary School , who had been practicing “Spring in My Hometown,” a popular Korean song, did not have enough time to learn the new song. So a professional choir came from Korea. In addition to the gross mishandling of the budget, the students who had been practicing hard for the event were deeply hurt.

As the Choi Soon-sil and Cha Eun-taek connection with Park Geun-hye has emerged, I am once again reminded of the tragic abuse of power. I had asked myself who this person “high up” must have been. It was the Blue House all along, and their shadows hovered over this insensible decision. Why was it important to sing “Happy” anyway?

The U.S. presidential election is just a day away. A friend asked me, “Who should I choose between a mad man and bad woman?” We’ve given up on expecting any dignity from Donald Trump. But Hillary Clinton has been just as reckless. The campaigns have been focused on attacks. The media has also been fanning antagonism. But the United States still has one strength. It has the ability to correct itself and get back on track, with the confidence of the people in the transparency of government.

Korea’s situation is devastating. Some say that President Park must now solely focus on foreign policy. But that’s hardly possible. Will the new U.S. president discuss strategy with a Korean president who has lost moral authority and administrative power?

When the entire nation was in turmoil over the Choi scandal, Park did not even fulfill the basic duty of providing an explanation to the citizens, instead demanding the people wait for the prosecutors’ investigation. Not even Richard Nixon and Bill Clinton took that path when they were under investigation by an independent counsel. The people must be allowed to ask questions of the president.