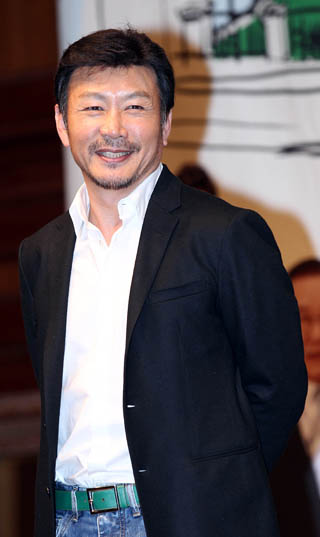 According to a representative of the company on Tuesday, the two will tie the knot at the Myeongdong Cathedral in Jongno District, central Seoul. The ceremony will reportedly be attended by company chairman and Chung Eui-sun, Sun’s uncle and vice chairman of Hyundai.

Sun is the daughter of Chung Sung-yi, an adviser for Innocean Worldwide, which is an advertisement firm under the conglomerate. Chung is also the eldest daughter of the Hyundai chairman, and is married to Sun Doo-hoon, who is chairman of Corentec, a medical-equipment venture.

The groom is currently a student preparing to enter graduate school. His father was reported to own multiple properties in Itaewon-dong, central Seoul, with a combined worth of approximately 30 billion won ($26.43 million).

The two met through a mutual acquaintance, and have known each other for a long time.

Gil Yong-woo is a veteran actor who debuted in 1977, having appeared in over 60 television dramas and 20 films.