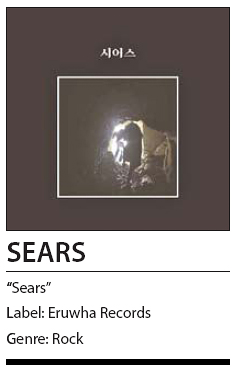 Korean-American indie musicians Han Dong-hun and Im Hui-chan came together to produce their self-titled debut record “Sears,” which boldly flaunts experimental ideas and grooves in what has become a monotonous Korean indie scene. Although the two “hate” having their influences being reflected on their music, some noticeable homage to American psychedelic rock of the 1960s was evident, though their music also takes cues from modern rock and pop as well.

The record relies heavily on repetition and the heavy usage of synth instrumentation to produce an atmosphere reminiscent of the aforementioned psychedelic sound, otherwise referred to as acid rock. However, the tracks are more refined, controlled, and relaxed compared to traditional acts.

The two say their music is a result of their relationship, a perfection that results from their understanding or misunderstanding of each other. “Strangers on the Beach,” the acoustic ballad, relays this message as the album comes to a dramatic conclusion.