Mamamoo to appear on SNL Korea

Mamamoo to appear on SNL Korea 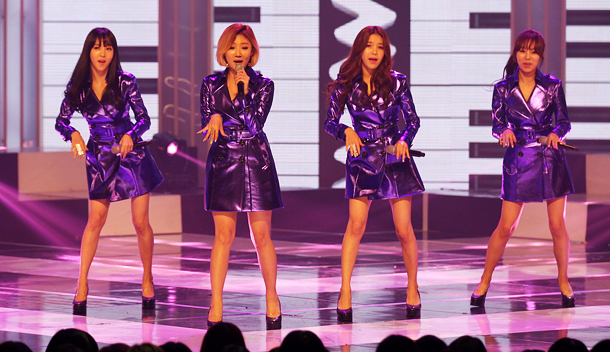 The girl group members will sharpen their wit and bring their acting abilities with them on Oct. 26 when they host the popular live skit program.

The latest season of SNL Korea, which was adapted from the American show Saturday Night Live, has seen its ratings on the rise ever since they started inviting on K-pop acts as hosts, such as Infinite, Twice, and Minah of Girls’ Day.

Fans of the show have been particularly excited for the upcoming episode since the girl group is known for their funny side. Their ability to express their comedic element was portrayed in the music video for their previous single “Taller Than You,” which was released in February. Netizens are saying that the show and the girl group are like a match made in heaven.

Meanwhile, the group has been keeping busy with promotions for their recently released single “Decalcomanie,” which was unveiled last week.