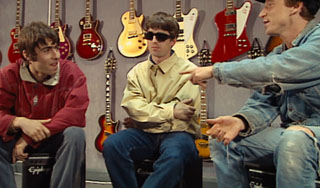 When tickets to an Oasis concert went on sale in August 1996, 1/20 of the United Kingdom’s citizens, totaling up to 2,600,000 people, gathered to get their seats to the concert. It only took the rock band three years to transform themselves from unknown wannabes to festival headliners. After their debut in 1991 in Manchester, England, Oasis shook the world, reviving a wild passion not seen since the days of the Beatles.

Their first album “Definitely Maybe” was a grand success, zooming straight to number one on the UK albums chart after its release, and was named the fastest selling debut album in the UK back then. It went on to sell around 15 million copies worldwide, bringing about much acclaim.

Some of the most famed songs include “Wonderwall,” “Don’t Look Back In Anger” and “Champagne Supernova” from their second album “(What’s The Story) Morning Glory?”

The documentary centers on the peculiar brotherhood of the band’s two core members Noel Gallagher and Liam Gallagher. Their relationship made it possible for the band members to make the most out of Oasis, but at the same time brought an end to their glorious days. Through footage of the two young men telling naughty jokes, spectators get a unique look into the distinct chemistry between the two brothers. 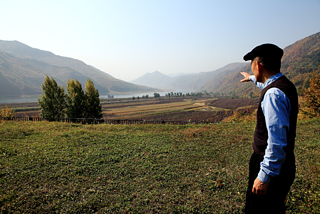 In the midst of troubled times, Do-ol (Kim Young-oak), a famous Korean scholar specializing in Eastern philosophy, suggests Korea’s Goguryeo Kingdom (37 B.C. to 668 A.D.) a new way out of this social chaos. He once mentioned, “We must think of our past history as Goguryeo as our current history. We need to utilize our past to widen our perspectives and come up with wise decisions for the world we now live in.”

With scenic views of the land that used to stand as Goguryeo thousands of years ago, the film is sure to impress viewers. Amid the political chaos in Korea, it will give citizens a chance to think over about their heritage and Korean identity.

Do-ol is a much-acclaimed public philosopher, coming up with precise analysis on current society through his insights. As the first film featuring the scholar, many people are looking forward to the film.

The film “Goguryeo” is a cinematization of the book “Do-ol’s Diary in China” which he wrote while lecturing at Yanbian University in Yanji, China.

When news that the much acclaimed musical actor Hong Kwang-ho, 33, was flying to London to star in the 25th anniversary performance of the musical “Miss Saigon” spread, many of his fans had to blame the long distance between Korea and London for not being able to attend. The performance, however, is at last reaching Korea. The footage of the live performance held in London of “Miss Saigon : 25th Anniversary Performace” is gaining interest from not only cinephiles but also musical fans.

Along with “The Phantom of the Opera,” “Les Miserables” and “Cats,” “Miss Saigon” is marked as one of the top four musicals in the world. Since its premiere in 1989, the production has continued to capture the hearts of many spectators.

The story revolves around the tragic setting of the Vietnam War in 1975. American soldier Chris, played by Alistair Brammer, goes to Vietnam to fight in the war. There, he meets with a war orphan Kim, played by Eva Noblezada, and falls in love with her. They soon get married and have a son, but a few months later in 1978, Chris is abruptly sent back to the U.S. as the Ho Chi Minh government moves in. Kim, however, was already engaged to Thuy, played by Hong Kwang-ho, who comes back as a member of the government. When Kim refuses to marry Thuy, he decides to make a dangerous choice.

Hong made his musical debut in 2002 through “The Last Empress,” and gained popularity after starring in famed productions of “The Phantom of the Opera,” “Jekyll & Hyde,” “Notre-Dame de Paris” and “Man of La Mancha.” Hong is the first Korean musical star ever to reach London’s West End. 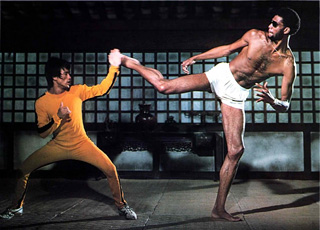 The legendary Hong Kong action flick that shook the world is coming back to theaters nearly 40 years since its release.

Billy Lo, played by Bruce Lee, is a famed martial arts movie star. He is confronted by Dr. Land, played by Dean Jagger, who extorts enormous amounts of money from celebrities, but this would only be a problem if Billy was strong and mighty only in his action films - in fact, he was a martial arts master in real life as well. Therefore, unlike other celebrities that Dr. Land has managed to take down easily, Billy does not even blink when an evil gang approaches.

Dr. Land decides to kill Billy by hiring a hit man, but his malicious plans fails, and Billy decides to overturn the situation by disguising himself as a dead man and chasing after the gang instead.

Directed by Robert Clouse, the film unexpectedly turned out to be Lee’s last film. The re-release of “Game of Death” will not only mean the comeback of an immortal film, but also come as a chance to commemorate the life of the much-loved movie star.

Jane Austen often told stories surrounding the daily life of gentries in Britain at the end of the 19th century. The novelist is well known for her famed works “Sense and Sensibility” (1811) and “Pride and Prejudice” (1813), among others. 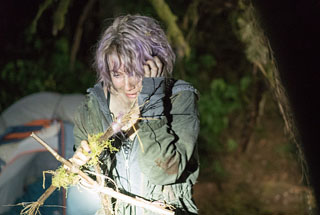 In this sequel to “The Blair Witch Project” (1999) a mysterious horror legend resides in the Black Hills Forest, located just outside of Burkittsville, Maryland. In 1994, three college students majoring in film studies decide to go into the woods to chase after the legend and unravel hidden stories, but end up being never seen again. A year after, a man finds a tape in the forest - apparently filmed by the missing students.

The footage was made into a movie a few years later in 1999, shocking the world.

Years later, in 2016, James (one of the bereaved of the lost students), played by James Allen McCune, skims through the footage and finds evidence that his sister might still be alive in the forest after all those years. He decides to go into the forest with a few of his friends to find his sister, but he doesn’t know what he’s getting himself into until he sets foot inside the dark forest.