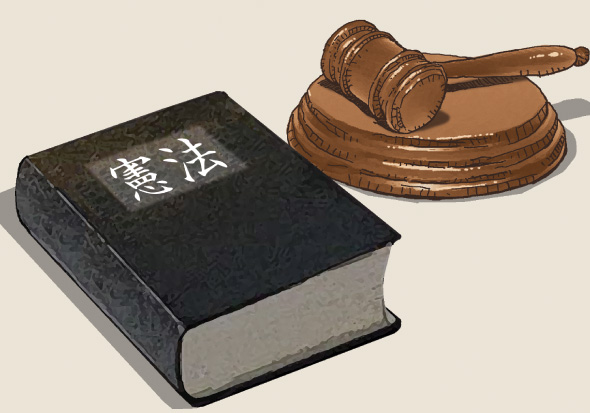 For the past several weekends, Koreans have been gathering at Gwanghwamun Square with candles. As a foreigner living in Korea, I get to learn about Korea and feel like I am witnessing a historic moment. What really impressed me was that many people held up Article 1, Clause 2 of the Korean Constitution. A month ago, I looked up the constitutions of Korea and Germany to prepare for a lecture, so I was surprised to see the Constitution at a protest rally. I could feel the value of Article 1 of the Constitution.

Article 1 of the Basic Law of the Federal Republic of Germany is about human dignity and rights: “(1) Human dignity shall be inviolable. To respect and protect it shall be the duty of all state authority. (2) The German people therefore acknowledge inviolable and inalienable human rights as the basis of every community, of peace and of justice in the world.”

Article 1 of the two constitutions shows the values that each country cherishes the most. Korea values democracy and sovereignty of the people. Germany emphasizes human dignity, human rights and peace. The difference comes from history. From the late 19th century until the democratic republic was established in 1948, Korea suffered from oppressive imperialism, so Korean law prioritizes democracy and national sovereignty. Germany repents its crimes against humanity during World War II and advocates human dignity.

But I was reminded of Article 1 of the German Constitution and argued, “Freedom should be guaranteed within the boundary of not harming the dignity of others, so hate speech and remarks are beyond freedom of speech.”

Lately, debate over disbanding the far-right, neo-Nazi National Democratic Party of Germany is in progress. It is to be determined by the federal court early next year. While activities of multiple parties make public opinion more diverse in a democratic society, Germany sensitively responds to a party that undermines human dignity as it denies Germany’s constitutional values.


*The author is a TV personality from Germany who appeared on the JTBC talk show “Non-Summit.”