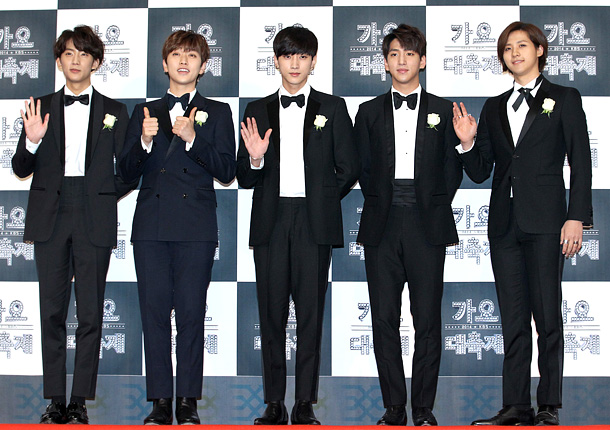 Boy band B1A4 is set to return with a new record.

According to their agency WM Entertainment on Thursday, the boy band will unveil their third studio album on Nov. 28, their first music release since their mini-album “Sweet Girl” 15 months ago.

Band member Jinyoung, well-known for his songwriting finesse, once again took the reins to compose their upcoming title track. The singer recently produced “Misty Road” for singer Ben, which was included on the soundtrack for popular KBS drama “Love in the Moonlight.” He also produced “When the Cherry Blossoms Fade” for girl group I.O.I on their debut album “Chrysalis.”

The boy band is also scheduled to hold a concert in February of next year, and will immediately fly overseas for a four-city concert tour in the U.S. The group will kick off their run in New York at Stage48 on Feb. 15, and will go on to perform at the Copernicus Center in Chicago on Feb. 17, The Warfield in San Francisco on Feb. 19, and will conclude their tour at The NOVO in Los Angeles on Nov. 20.

Meanwhile, their agency said that the boy band is currently filming their music video in Jeju Island, and will wrap up the shoot today.