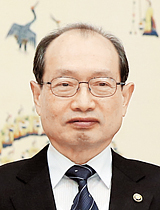 Chang Myoung-jin, chief of the state arms-procurement agency, Defense Acquisition Program Administration (DAPA), remarked in a conference in Washington that Seoul is ready to accept an increase in the cost of maintaining U.S. troops here, a proposal that was promptly shot down by the Korean government Tuesday.

During a seminar at the Washington-based think tank Center for Strategic and International Studies (CSIS) Monday, Chang said that if the new U.S. administration requests an increase in the cost-sharing of maintaining U.S. troops, “Korea will inevitably have to embrace that.”

During his campaign trail, Republican President-elect Donald J. Trump said Korea should pay the full cost of keeping 28,500 U.S. troops here, or at least significantly more and threatened to withdraw the soldiers if it does not.

Trump’s remarks worried Seoul and experts on U.S.-Korean relations for ignoring the fact that Korea already shoulders a considerable portion of the cost, and that maintaining American troops here is also in Washington’s interest. Thus, there was interest to see if Trump will follow through with his puzzling campaign pledge, especially amid North Korea’s continued threats, once he takes office next year.

Chang said Korea’s defense spending next year would be around $40 billion. “America has been in Korea, because we felt our strategic national interests are at risk if the Korean environment is uncertain,” said John Hamre, president and CEO of CSIS, at the seminar on the “U.S.-Korea Defense Acquisition Policy and the International Security Environment.” At the seminar, Hamre also recognized that the alliance with Korea is “a commitment” and in Washington’s interest.

The Korean Ministry of National Defense shot down Chang’s words Tuesday, and its spokesman, Moon Sang-gyun, called the remark “inappropriate.”

Moon added in a briefing, “Our government is currently sharing a reasonable burden in the cost-sharing of the U.S. troops, and in future negotiations on the issue, we will comprehensively take into consideration the U.S. troops’ level of contribution toward defense on the Korean Peninsula, our abilities to finance it, the security situation and what is needed for the U.S. Forces Korea’s to be safely stationed here, so we can come up with a reasonable costs-sharing allocation.”

The DAPA spokesman apologized for Chang’s remarks, saying its head also expressed “regret” for the remarks.

“We recognize that the remarks caused misunderstanding,” said Kim Si-cheol, a DAPA spokesman, in a briefing. “He actually meant to say that, in principle, if the United States requests an increase in the burden-sharing cost of U.S. troops, Korea will have to accept negotiations.”