Shining a light on the struggles of social outcasts : ‘Missing’ juxtaposes desperation of those fighting to survive

Shining a light on the struggles of social outcasts : ‘Missing’ juxtaposes desperation of those fighting to survive 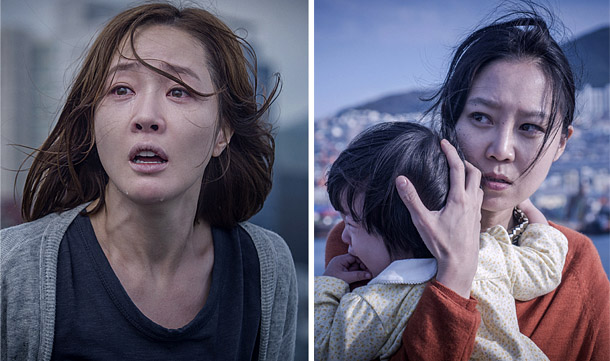 In the Megabox Plusm-distributed mystery, which is one of the rare films to feature only actresses as the main protagonists, Kong and Um Jee-won (“The Silenced”) smoothly handled roles that they were not used to.

Starring Um as a divorced working mother Ji-seon, who entirely relies on a Chinese nanny Han-mae (Kong) to take care of her baby, the story unfolds as the highly-trusted and devoted nanny one day suddenly goes missing along with the baby. Since she is locked in a bitter battle for custody with her doctor ex-husband, Ji-seon isn’t able to report the case to the police in fear of losing the legal battle. The mystery develops as Ji-seon tries to track down her nanny, who turns out to have faked everything about her identity, including her name, age and hometown. In short, the film unfolds by revealing the hidden secrets of the nanny such as what kind of a person she is and what kind of life she led, which were not of interest to Ji-seon until her baby disappeared.

Although audiences have already seen desperate mothers trying to find their missing child in multiple local films such as “The Truth Beneath” (2016) and “Seven Days” (2007), the two actresses’ smooth acting makes the film worth a watch even though it may be an echo of the 2012 mystery “Helpless,” which centers on a male protagonist and his fiance who suddenly disappears from her husband-to-be a month before their scheduled wedding.

Despite not having a child in real life, Um delicately portrays how frantic a mother can become when her baby goes missing. Um’s shaking gestures and unfocused look are powerful enough for the audience to imagine the desperation a mother might feel when it comes to a missing child. Kong also pulls off playing a Chinese woman who can barely speak Korean, which the actress explained “was more difficult than speaking fluent Chinese in the film” during a press preview held in Dongdaemun Megabox in central Seoul on Monday. Although Han-mae may not be the prettiest character that the actress has played, Kong has proved that her acting spectrum is more varied than merely being the lovely protagonist in romantic comedies that she has become known for in her roles on hit drama series such as “Jealousy Incarnate,” (2016) “It’s Okay, That’s Love” (2014) and “Master’s Sun” (2013).

“Missing” is a film that will be able to garner sympathy for those who society sometimes forgets such as working, divorced mothers and poor foreigners who lack social mobility, as it introduces a fatal incident revolving around struggling members of society who tenaciously fight to survive by using all means necessary.

Ji-seon is blamed both at work for not being preoccupied enough (for being a single, working mother) and also by her ex-husband and ex-mother-in-law for not fully concentrating on taking care of her child. To make things worse, police and lawyers who should be protecting the victim that lost her baby surprisingly take the side of Ji-seon’s socially-respected doctor ex-husband and presume Ji-seon intentionally hid the baby in order not to have her baby taken away by her ex-husband, which eventually lead her to track down the missing baby and the nanny in person. The movie also shows through Han-mae how extreme a person can become when cornered into an abject situation without any glimmer of hope.

“[‘Missing’] features how so many women in our everyday lives are being lynched,” Um told Ilgan Sports, an affiliate of the Korea JoongAng Daily, during a recent interview. “Ji-seon’s husband rarely takes care of the baby [because of his] decent job while Ji-seon is forced to work so hard in order to raise the baby.”

Um continued, “I believe Ji-seon represents how [so many women] are being discriminated against with social bias,” and further added, “[‘Missing’] is a work that shows how society cruelly poses violence upon ordinary women, but the bigger problem is that women have become so used to such bias that they have grown numb to it.”