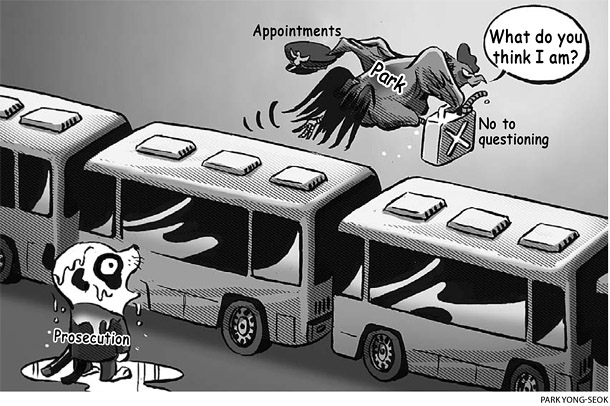 While under investigation for an unprecedented abuse of power scandal, President Park Geun-hye appointed top police officers on Monday after rejecting the prosecution’s repeated requests for in-person questioning. Anti-Park protesters have started referring to the president as Chick Geun-hye, meaning she is bird-brained.