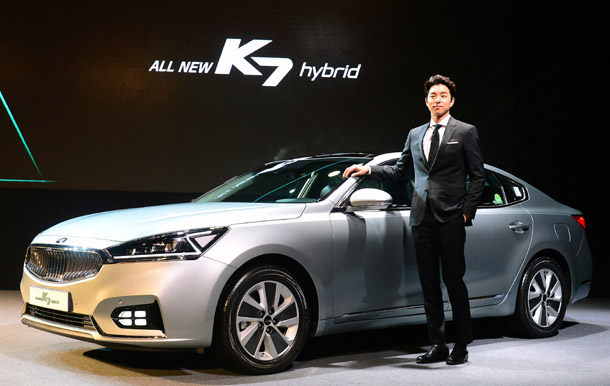 Actor Gong Yoo stands beside Kia Motors’ new K7 Hybrid sedan at a launch event in the W Hotel in eastern Seoul on Tuesday. The new model is a hybrid version of the K7 released in January and features an active air flap system, hybrid-exclusive wheels and an engine efficiency of 16.2 kilometers per liter (38 miles per gallon). [NEWSIS]