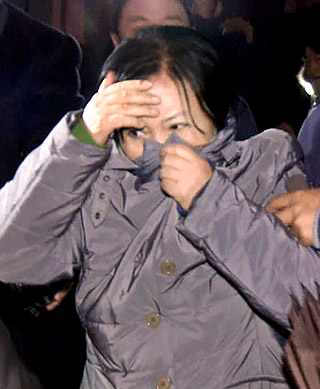 Today, I am apologizing for something I did a year ago. On Oct. 27, 2015, I was in the press room of the Federation of Korean Industries.

That morning, I received a press release. It was unusual, as a week’s worth of material would be announced and distributed. It was about the establishment of the Mi-R Foundation and how conglomerates contributed 49 billion won ($41.9 million) “voluntarily.”

Some reporters raised a question. The owners of major corporations had already contributed billions of won recently to the Youth Hope Funds. Their arms must have been twisted, but it was “abnormal” by any standard. But it did not lead to investigative reporting. I, too, took it for granted. The presence of Choi Soon-sil was looked over, and lately, her abuse of power and influence has surfaced.

A year later, Choi’s PC tablet was discovered. The puzzles of “money hunting” and “government intervention” involving Choi, collaborators and President Park Geun-hye were pieced together. At first, the establishment of the foundation was slow. But with Park’s backing, Choi didn’t stop to extort money from companies. The foundation was rashly established and they were brazen enough to distribute a press release.

As a reporter, I feel a sense of shame. I might have been able to expose Choi’s abuse of power and Park Geun-hye’s collusion earlier.

Their absurd relationship is already shocking, but what’s more serious are the structural problems. It is the symbiosis of power and money. I have to ask myself whether I tried to be insensitive to this uncomfortable practice, and overlooked the suspicious document.

The president and her friend’s abuse of power and influence and the business owners’ disregard of shareholders and directors are commonly based on centralized power. The world is moving toward “transparency and dispersal of power.”

But the Blue House and the industries are trapped in outdated practices. Another Choi can appear at any time. The industries, which are the main culprit of long collusions, claim that they are accidental victims. They argue that they were afraid of disadvantages in tax inspections, licensing and approvals if they went against the demands of the president.

But the companies are not given indulgence. They wanted business rights and favors in return for helping Choi. People also criticize corporations for allowing Choi and Park’s abuse of power. As Choi received free money, she used her ties with the president to pressure businesses, and they responded to create a catastrophe. This may be the background of the press release last October.

Those involved in the scandal must be investigated and punished. Then, we need to divide the authorities and thoroughly design a supervisory system. The media also needs to reflect and work harder. Foreign journalists are ridiculing the “Blue pills in Blue House” scandal.

The constitutional history that Park Geun-hye retrogressed will be remembered as a sin. Clearly, there are people who must apologize.

Why should the people be embarrassed for the faults of others?

The author is the Investigation Plus editor for national news team 2 at JTBC.