The beginning of new hope

The beginning of new hope 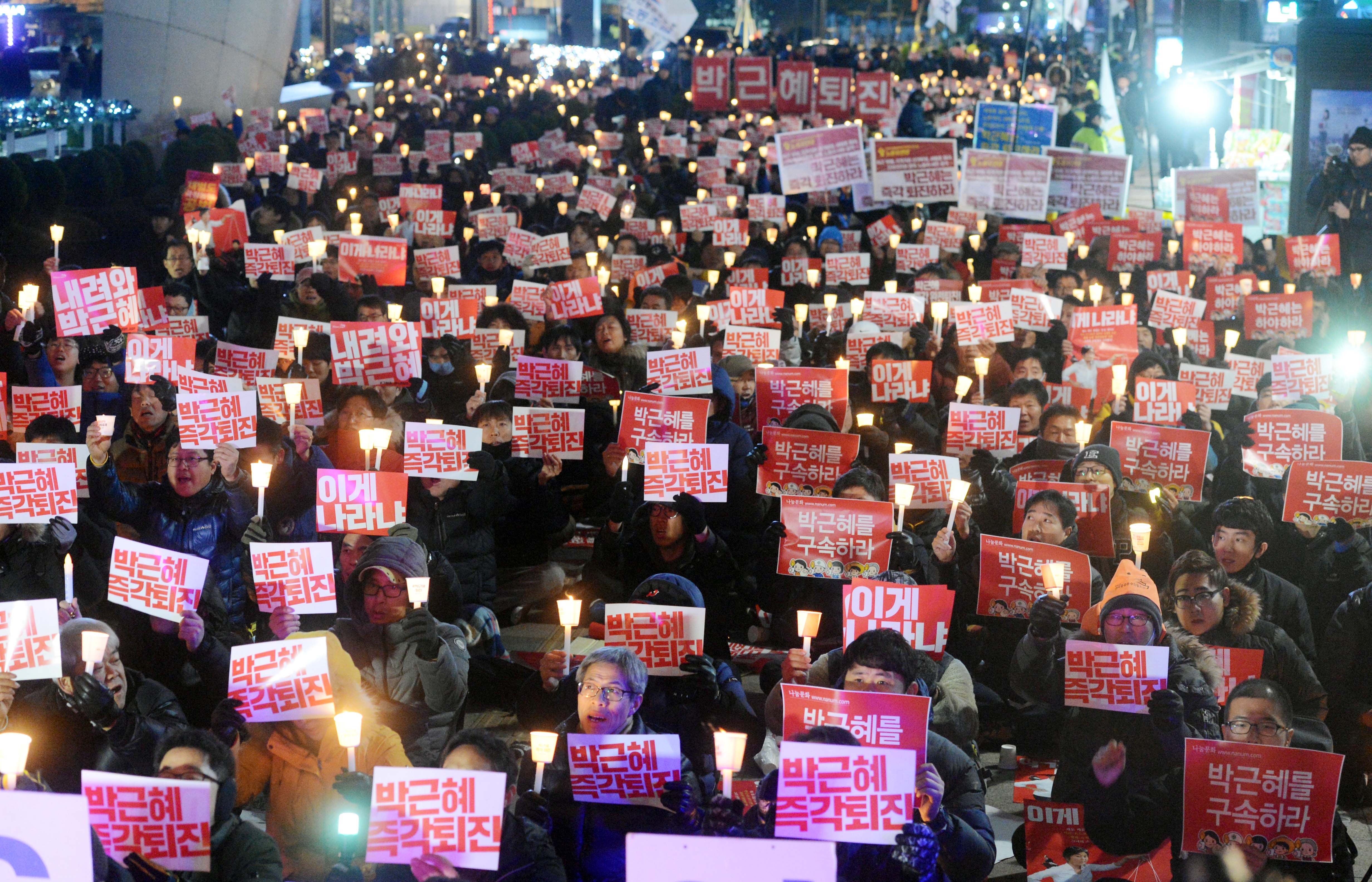 What do the Bachelors Union for Marriage, the Lazy People’s Alliance and Altitude Sickness Research Group have in common? They are the names of the groups that can be found in the flags that some of the 1.9 million protesters had brought when they gathered for a candlelight vigil in Gwanghwamun on Saturday.

These unlikely and rather funny flags were different from the combatant flags that are often found in protests. The state of the nation was so serious that the bachelors came out to participate in the protest on a Saturday instead of having a date. The researchers of mountain sickness came forward to speak up, putting aside their profound study.

The lazy people came out of the couch, formed a group and lit the candles. Their desperate wishes must have impressed the heavens, because the snow that fell in the morning stopped by the time people gathered for the protest.

Protesters had LED candles that cannot be blown out, some wearing it on a headband or raising it as a flag. Humorous and funny ideas could be found around the rally. It proves that the rally was not arranged by some professional protesters but represent solidarity of the people.

Unfortunately, the members of the Lazy People’s Alliance will not be able to return to their laziness this Saturday. The bachelors and altitude sickness researchers will once again head to Gwanghwamun with LED candles.

Park Geun-hye’s third statement on Nov. 29 has fanned the candlelight protests. Park said she has “surrendered everything now,” but Koreans are puzzled what she meant by “everything.” Her defense attorney mentioned “privacy as a woman,” but the citizens, too, have private lives. And they have been giving up their Saturdays to protest and call for her resignation.

While Korea is in despair, we still need to find hope. The situation may be different, but we can find a clue from post-war Japan. After their World War II defeat, Japanese people experienced kyodatsu, or war exhaustion.

American historian John Dower’s “Embracing Defeat: Japan in the Wake of World War II” analyzed that kyodatsu became a chance for Japan to reinvent itself. The defeat and despair provided Japanese people with a chance to make a new start.

In 2016, Korea’s exhaustion and despair could be a growing pain for a new start. I cautiously wish for a chance to clean up the Republic of Korea.

The politicians are pathetic, but Korea has 1.9 million citizens who can continue peaceful protests. I believe that Korean people can turn today’s despair into tomorrow’s hope. The candles that will be lit on Saturday will be the beginning of new hope.