Park unites nation after all

Park unites nation after all 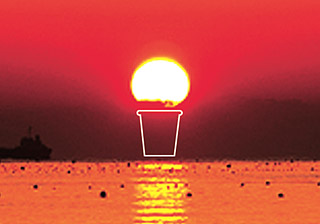 Nothing was out of place last Sunday afternoon in Gwanghwamun Plaza, the open pedestrian space in downtown Seoul. The statue of Admiral Yi Sun-sin stood tall, the writing on the Kyobo Book Store building added a pensive mood to the bustling street, and the tent that is used to house the families of Sewol ferry victims delivered its scornful reminder of innocents lost for the sins of the grown-ups. Cars passed busily and strollers took in the early winter sun. Foreigners eagerly took pictures. I stood there in a state of disbelief. Could this be the same place that hundreds of thousands of people were massed just 17 hours earlier?

It hadn’t been a dream. I witnessed the spectacle with my own eyes. I have never been amongst such a huge crowd. I was at Seoul Plaza to watch the 2002 World Cup Games in Korea. I was part of the protests in the 1987 democracy movement. I stood on the Champs-Elysees in Paris when the home team won the 1998 World Cup in France. I also witnessed the 2011 Arab Spring democracy movement in Tahrir Square in Cairo. But never have I seen a more packed crowd in one place. The crowd holding candles marching up from the Jogye Temple and another from Insadong converged to form a colossal vigil heading up to the Blue House.

The crowd sang, “Look above, at the sun rising above the East Sea, Over whom is it in fury…” Men and women, old and young, liberal and conservative were all of one voice. People made way for toddlers in carriages. Teenagers picked up trash. Each and every one looked after one another.

The weekend vigils have stretched to the sixth week. The foreign media was awed by an extraordinary protest completely free of violence and casualties. Stores were open as usual, not one window was broken, and no trash was left after the crowd went home. This was not the same as those demonstrations that ended up messy with bloody scenes, tear gas, water cannons and other forms of violence.

Ordinary people in colorful masks, carrying artful and satirical banners and candles have realized that peaceful protest sends the most powerful message. They came with their families. Their intelligence disallowed any form of violence. Their handheld smartphones were their protection and restraint against acts of violence. Koreans transformed their rage into a humorous and enjoyable festivity. Although entirely liberal and lively, the masses were in perfect order and at communal peace.

Through the peaceful vigils against her, President Park Geun-hye achieved what she had long aspired to: national unity. She was instrumental in giving birth to another unique Korean sensation, another kind of Miracle on the Han. The Korean-style vigil would set an example for democracies under challenges across the globe. It has inspired themes for films, dramas, musicals and novels. It has the potential of being the next Korean blockbuster.

Most of all, it was enlightening about the values of democracy. People were reawakened to the power of peaceful protest, and children who have grown up amidst the riches of democracy learned that dangers to democracy exist at all times. Everything in the world has two sides. A crisis can lead to a window of opportunity.

People cried out for the immediate resignation and arrest of the president. They cannot tolerate a president who has utterly betrayed their faith for another day. They want her to come down from her perch of immunity and face justice. They want to see in action the principle that everyone is equal before the law.

But what’s more important is the world after the vigils. Although everyone has different dreams, the people commonly desire a world where privileges are no longer given to a certain class, where life can become better through ambition and hard work, and where hope lives in all families no matter how humble and living standards don’t differ greatly. They want a world in which failures are given a second chance, the media plays its responsible role, and law enforcement authority is an institution they can trust.

Unfortunately, making such a world depends on politicians. People who have the vision and capability to deliver such hopes of the people must compete for a role in public service. They must compete on their ideas and be judged by the people. This time, there must be no mistake. We must not fall for eloquent speeches or spectacular pedigrees. Election platforms, personalities and capabilities must be thoroughly screened.