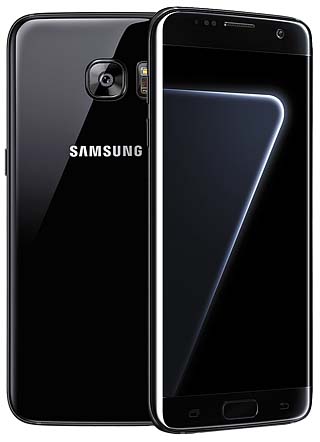 After Samsung Electronics decided to discontinue its troubled Galaxy Note7 model in October, the smartphone maker quickly turned to its older Galaxy S7 Edge to cement its lead in the Korean market, and the effort seems to be paying off.

Last month, the company added a new color variation - called “blue coral” - to reinvigorate the nine-month-old S7 Edge line. The move helped Samsung reclaim the top position in the Korean market just a month after the iPhone 7’s launch helped Apple snatch the best-seller title. According to Atlas Research & Consulting, a local market researcher, the daily sales volume of the Galaxy S7 and its more popular curved-edge cousin, the S7 Edge, surged to 15,000 in the third week of November, outpacing the iPhone 7’s 10,000.

This month, Samsung is releasing another color variation of the S7 Edge with double the storage of existing models. The new color is called “black pearl” and wraps around the entire device, including the curved edges. Samsung describes the new color as a “glossed variant of the existing black onyx,” though it is reminiscent of the iPhone 7’s highly popular jet black color.

The smartphone maker hopes the black pearl S7 Edge will encourage stubborn customers still holding on to the fire-prone Note7 to ditch the problematic phone for the new model. More than 30 percent of Korean Note7 users have yet to replace their device despite repeated safety warnings and incentives offered by the company.

“When a new color is added to a smartphone line, it brings a similar effect as when a new model is rolled out,” a Samsung spokesman said. “The black pearl variation will hopefully raise the Note7 exchange rate as well as Samsung’s smartphone market share.”

Among telecommunications operators, top player SK Telecom was the first to begin sales of the new model on Wednesday. KT and LG U+ followed suit on Thursday.