Korean automobile exports bounced back for the first time in 13 months largely due to the end of a lengthy labor strike at Hyundai Motor, the country’s largest automaker. However, imported-car sales, which have seen an aggressive surge in market share that seemed to never end, are likely to post an annual decline for the first time in seven years.

The country’s car exports increased 0.9 percent in November compared to the same period last year, with 260,491 Korean vehicles sold overseas, the Ministry of Trade, Industry and Energy said Thursday. This is a welcome signal for the industry, which has been struggling with declining exports for more than a year. The last time Korean car exports showed a positive growth was in October 2015 when 259,304 cars were exported, marking a 7.5 percent year-on-year rise. Since then, automobile exports have declined. In October, exports fell 13.1 percent.

“One of the contributing factors to the rise was the normalization of Hyundai Motor and its production line after the labor strike ended,” said a ministry official.

Hyundai models such as the Accent and Avante, also known as the Elantra overseas, increased their exports, contributing to an overall 11.1 percent year-on-year gain. 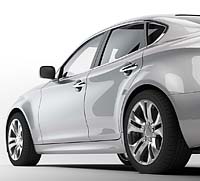 Not all local carmakers, however, had growing exports. Kia Motors exports declined, a 2.4 percent year-on-year loss in November.

While sales in North America and Asia shrank, sales in other parts of the world surged, some more than 40 percent compared to the previous year. Korean car sales in the Middle East rose 41 percent, and grew 45.2 percent in Central and South America. “We can attribute few different factors to the phenomenon,” said the trade ministry official. “Basically, exports to those regions were so bad before November, that when Korean car sales were revitalized, the growth rate leaped. Also, the reason sales were rejuvenated was because the economies of the countries in those regions began to recover.

“But still, there are so many uncertain factors and the world economy as a whole is in a downturn at the moment. So it’s not possible for us to conjecture if export growth will continue to see an incline.”

On the flip side, sales of imports in Korea fell amid Volkswagen’s gas-emission tampering scandal.

Sales of imported vehicles fell drastically in July following the German carmaker’s global-scale emissions rigging scandal, from 23,435 in June to 15,730. After a three-month struggle, import automobile sales jumped to more than 20,000 in October. However, sales fell in November to 19,361.