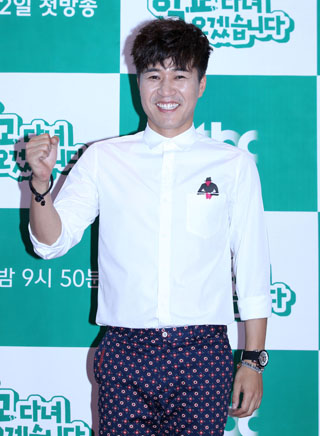 Singer and TV personality Kim Jong-min was proposed as a nominee for the Grand Prize for the upcoming 2016 KBS Entertainment Awards.

The announcement was confirmed by a source at KBS Entertainment on Monday, who explained that the department is currently voting to finalize the nominees for the prestigious award.

The singer has been a permanent cast member on the long-running KBS variety show “1 Night 2 Days” for nine years. Kim was previously a recipient of the Grand Prize award shared with the “1 Night” cast in 2011, and was also awarded the High Excellence Award last year.

“We think that the nomination would mean more to Kim than any others as he has stuck through all the ups and downs of the show for nine years,” said a KBS representative.

“The entertainment department is rooting for him as well. We are hoping for good results for all the hard work that he has shown.”

This past weekend, the singer was highlighted in a special episode of the show dedicated to him that also featured a special appearance by former producer Na Young-seok as well as former cast member Jung Joon-young.