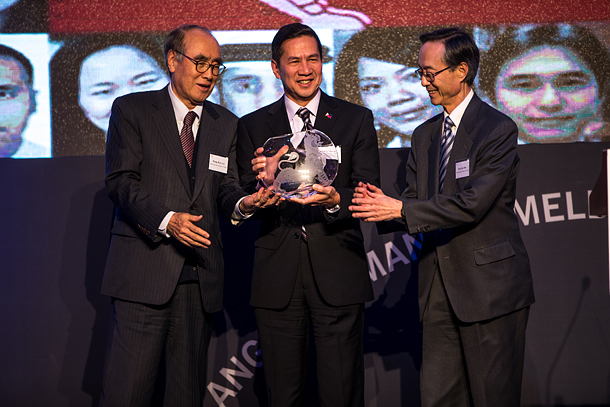 Philippine Ambassador Raul S. Hernandez, center, receives the Asia Society Korea Center’s 2016 Ambassador of the Year Award last Thursday at Lotte Hotel Seoul for his “active involvement and support of the Society’s objectives and contributions to Philippine-Korea relations and to the diplomatic community in Korea,” according to a press release from the Philippine Embassy. Accompanying Hernandez in the photo are Lee Hong-koo, left, former prime minister and honorary chairman of the center, and Han Sung-joo, former foreign affairs minister. [PHLIPPINE EMBASSY]