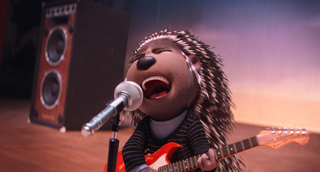 Buster Moon, a koala played by Matthew McConaughey, owns what used to stand as a dazzling theater filled with hot stars and spectators. The theater, however, is now empty most of the time, and is on the brink of closing down. In order to save his treasured space, Moon holds an audition open to animals across the country, promising to award 1,000 dollars to the winner. With a slight mistake, however, the 1,000-dollar award turns into a 100,000-dollar award. Mesmerized by the huge prize, animals from all corners of the world assemble to participate in the audition.

Various participants will enlighten the audition scene. Pig mom Rosita, played by Reese Witherspoon, is a supermom who raises 25 piglets while gorilla Johnny, played by Taron Egerton, is stuck between family issues and his remarkable singing abilities.

As a musical, the movie is filled with exceptional songs, which carry the story from beginning to end. The film is filled with witty jokes and encouraging life lessons, and families are strongly recommended to check out the film for a warm holiday night.

One thing that 17-year-old Ko Ching-ten, played by Ko Chen-tung, has in common with his friends is that they all have a crush on their classmate Shen Chia-yi, played by Michelle Chen. But Chia-yi is a top student who’s loved by all teachers, while Ching-ten is a troublemaker who’s scorned by the whole school.

One day Ching-ten, like always, gets in trouble at school. His teacher decides to make him sit in front of Chia-yi during class, in order to have her oversee if Ching-ten is causing any trouble. Thanks to the teacher, the distance between the two slowly diminishes. But as Ching-ten makes an effort to get closer to her, things do not turn out as easily as he had thought.

This epic love story has brought tears and joy to audiences around the world, leaving many recalling the old days when they had similar experiences with their school love. The film was very popular among the Korean public of all ages, and is returning to screens after four years.

This film is somewhat different from other love stories in that it’s rather similar to what actually happens in most people’s lives, rather than having a plot filled with exaggerated coincidences. 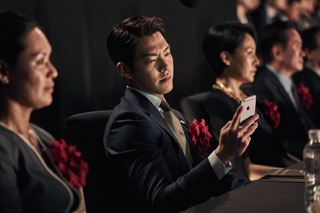 A high-intensity action flick cast with some of Korea’s hottest stars is making its way to theaters just in time for the holiday season. Starring top stars Lee Byung-hun, Gang Dong-won and Kim Woo-bin, “Master” is high on the list of films for action fans to check out before the end of the year.

Jin Hyeon-pil, played by Lee Byung-hun, is a corrupt chairman who has been seizing opportunities through his own sly tactics. He has excellent speaking skills, is capable of disguising his intentions, and is a master of manipulating other people.

Behind Jin’s back, however, stands the investigator Kim Jae-myeong, played by Gang Dong-won, who has been chasing after him for the past few months. In order to prove his wrongdoings, Kim pressures Jin’s close aid Park Jang-goon, played by Kim Woo-bin, to pass along secret information. Park, however, is a clever man who doesn’t easily succumb to others’ orders. His mind is already stuck to how he could make the most out of this opportunity to gain a fortune. Slowly, Jin also notices that something is going wrong. A thrilling chase between a competent investigator, a notorious swindler, and an awfully adroit man is bound to make it hard to take eyes off of the screen.

The stage is the 22nd century, and the world where animals roamed around on grass fields and flowers bloomed to life is gone. Nuclear war has destroyed most of the life on earth, leaving almost nothing left on land for survivors to subsist on.

Immortan Joe, played by Hugh Keays-Byrne, has conquered the little water and oil left on earth, wielding tyranny over the people.

Max Rockatansky, played by Tom Hardy, is also a heartbroken victim of the perished world, having lost his wife and daughter. His terrible situation gets even worse when he gets abducted by Immortan’s subordinates while wandering in the desert, being forced into slavery.

Meanwhile, Imperator Furiosa, played by Charlize Theron, captures Immortan’s treasured women and sets out to the roads. Furious, Immortan chases after the imperator with his warriors, Max, and Nux (Nicholas Hoult). 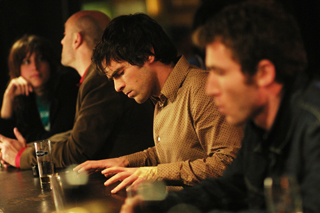 The Beat That My Heart Skipped (15)

Thomas, played by Romain Duris, used to be a great piano player. But now he barely makes ends meet as a real estate broker, sending people out to the streets. Facing his 30s, Thomas now stands at the point of his life when he has to choose the path he wishes to take. He had hoped to be a famous pianist, like his mother, but he already gave up on that dream a long time ago. Not only that, his father Robert, played by Jonathan Zaccai, who’s a gangster and loan shark, continues to involve him in his violent life.

One day, Thomas gets the chance to set his fingers on the piano again. But it’s not easy for him to transform his current life as a broker into a hardworking piano player. The grown man even makes a big fuss to his instructor Miao Lin, played by Linh-Dan Pham, during his lessons. Will Thomas be able to reform himself into a passionate piano player?

The film’s music director, Alexandre Desplat, is known to have created music for nearly 90 movies, such as “Lust, Caution,” “The Curious Case Of Benjamin Button,” “The King’s Speech” and “The Grand Budapest Hotel.”

Doraemon the Movie: Nobita and the Birth of Japan (All)

Ever since the birth of the series decades ago, “Doraemon the Movie” has been gaining a thick layer of fans from all ages and origins. Marking its 36th anniversary since its release, the beloved character is back with another piece that dominated the Japanese box office, sitting at the top spot for three consecutive weeks.

Doraemon and his friends decide to slip back 70,000 years through their time machine. When they finish having fun romping around, they come back home to the current times. However, they unexpectedly encounter a young primitive man named Kukuru, who time-traveled with them by accident. Upon hearing that Kukuru’s tribe has been attacked by an evil tribe, Doraemon and his friends set out to save the tribe from great danger. 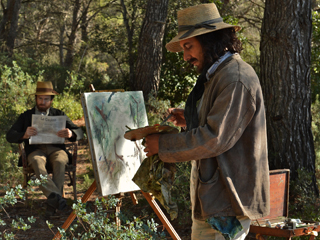 An interesting bromance between two renowned French artists - painter Paul Cezanne and writer Emile Zola - is the premise of this French drama.

As young boys at school, Cezanne and Zola became best friends in the beautiful northern French region of Aix-en-Provence. They shared each other’s stories about their love, family, and dreams, slowly becoming not only lifetime friends but also priceless artistic assistants to each other. They cherish and admire each other, and when criticisms are needed, their remarks can be as harsh and cold as ever.

When the two grow up, however, they each begin to interact with other artists, leading them to step into their own comfort areas.

A few years later, while Zola is establishing his reputation as a renowned writer, Cezanne has trouble getting recognition for his paintings. When Zola releases his novel “L’Œuvre,” in 1886, the protagonist of which is based on his old friend Cezanne, the painter decides to pay his friend a visit, the first in a long time.