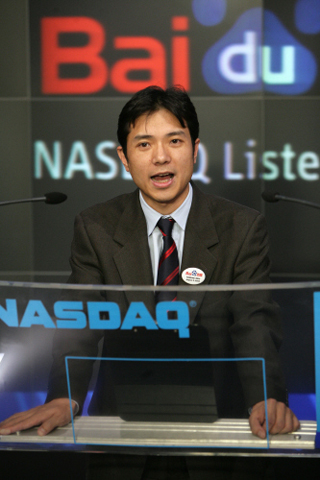 Donald Trump’s campaign promise to crack down on visas for skilled foreign technology workers has a cheerleader in China. Robin Li, the head of Baidu, recently told a conference that he hopes talented workers who are no longer welcome in the U.S. will “migrate to China and help China play a more important role on the stage of global innovation.”

He shouldn’t get his hopes up. Whatever Trump’s immigration policy turns out to be — he may yet be swayed by the business luminaries he’s meeting with this week — China won’t be luring foreign tech talent any time soon. And its struggles hold a lesson for every other country hoping to become the Silicon Valley of the future: The competition for global talent will be won by countries that foster the culture of openness — to new ideas and new people — that defined American tech for decades before Trump.

At first glance, China does seem like a logical destination for talented tech workers. For years, its government has offered them lucrative incentives to come to Chinese universities and companies. Its online population is the world’s largest, and the local e-commerce market is booming. Private and public research budgets are increasing quickly. Recently, there’s been steady growth in Chinese returning home after earning degrees overseas.

The biggest problem is government control of the internet. For a software developer, the inconvenience goes well beyond not being able to access YouTube during coffee breaks. It means that key software libraries and tools are often inaccessible. In 2013, China blocked Github, a globally important open-source depository and collaboration tool, thereby forcing developers to seek workarounds. Using a virtual private network to “tunnel” through the blockades is one popular option. But VPNs slow uploads, downloads and collaboration.

That slowness, in turn, can pose security risks: In 2015, hundreds of developers opted to use infected iOS software tools rather than spend days downloading legit versions from Apple Inc.

And it isn’t just developers who suffer. Among the restricted sites in China is Google Scholar, a tool that indexes online peer-reviewed studies, conference proceedings, books and other research material into an easily accessible format. It’s become a crucial database for academics around the world, and Chinese researchers — even those with VPNs — struggle to use it. The situation grew so dire this summer that several state-run news outlets published complaints from Chinese scientists, with one practically begging the nationalist Global Times newspaper: “We hope the government can relax supervision for academic purposes.”

The cumulative impact of these restrictions is significant. Scientists unable to keep up with what researchers in other countries are publishing are destined to be left behind, which is one reason China is having difficulty luring foreign scholars to its universities.

Programmers who can’t take advantage of the sites and tools that make development a global effort are destined to write software customized solely for the Chinese market.

And that’s precisely what’s happening. China’s most successful innovations — services like WeChat, its top social network — have consistently failed to gain traction overseas, where competing services thrive. That leaves one internet for China and one for the rest of the world, with predictable results. WeChat, which dominates China, has 846 million monthly users; Facebook, which is blocked in China, has 1.79 billion. The latter is the more promising market, as any tech worker will quickly calculate.

Worse, China has made clear that foreign tech companies hoping to do business there will need to make concessions — which those companies say would threaten security, brand value and intellectual property. A recent survey of American Chamber of Commerce members in China found that “three-quarters of respondents feel that foreign businesses are less welcome than before in China.” Robin Li’s warm words aside, foreign workers might wonder if the same goes for them, especially given China’s longstanding aversion to immigration.

Perhaps most crucially, tech workers contemplating a new home after Palo Alto have plenty of other places to go. India is home to one of the world’s fastest-growing and most dynamic startup scenes. Southeast Asia, with 280 million internet users, a largely unhindered online culture, and generous government support for startups, also beckons.

Around the world, countries and companies are fiercely competing to lure the very workers Trump seems intent on kicking out. To do so, they’ll need to convince those workers that they — and their ideas — are welcome, and not a threat. That’s a lesson for Trump and China both.