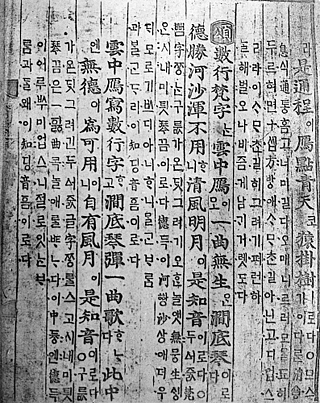 Scene One
I was rather surprised when I watched the 2010 World Cup match between Argentina and Germany. Germany’s style of soccer had been mainly defensive for quite a while — primarily emphasizing blocking — so it was rather boring and not very interesting to watch. Germany would usually win by just one or two goals, enough to secure a victory but not enough to excite their fans.

German soccer underwent a major transition, however, which even surprised one Korean soccer legend and commentator who said, “Compared to before, the German team has good command of their technique. The strikers defend well, and the defenders are able to shoot the ball — they are exhibiting truly refined soccer.”

A Korean soccer player who played for a long time in Germany also commented, “The young German players are using a style of play which combines European and South American soccer.” Eventually Germany upset the heavily favored Argentinian team 4-0. Even though they were assured of victory, the German team pressed their opponents until the very last moment. The same Korean soccer legend commented that this was not like the German team from before at all. If we take a look at the way the team matured, we can find a principle for our own genuine maturation as human beings.


Scene Two
People in Germany also acknowledged that “German soccer has certainly changed dramatically — it’s gone from a defensive game to an offensive one, like what can be seen in the Netherlands. But should German soccer actually be played like this?”

I can see two points of view here, one which craves stability — the other which desires change. It’s not only true with soccer — it’s also the same with our daily lives, not to mention many organizations, companies, and countries. People always get caught up in the pros and cons of stability versus change.

If we examine it more deeply, however, most of us only crave stability when we are just getting by — just barely surviving. This was also the German team’s technique for basic survival, as they primarily relied on defensive soccer. Some people may wonder why the German style of soccer had to change. Actually, we human beings are exactly the same — we all want to eternally perpetuate the joyful, pleasurable, exciting, sweet moments in life, those moments we all enjoy, and so we end up attaching to them. We repeatedly reflect on our memories of the past, hoping to remain there forever, even though those moments have already passed.

It’s not easy to accept change, since that means letting go of those pleasurable moments. That’s why individuals, companies, and countries always attach to stability, since we all fear change and loss, and besides, the place we’re at right now is so very warm and comfortable.

This world never stands still, however — it is eternally changing — forever appearing and disappearing, again and again. Appearance is the in-breath and disappearance is the out-breath, so the whole universe comes into being through this repeated inhalation and exhalation. Spring and summer come and go, creation and destruction, eternally interlocked, spin ceaselessly round and round — this is what it means to be alive.

Whether to stay still or not is not something we should be concerned with, as ceaseless change is the very nature of this world and the entire universe. Our only job is to find the reason we crave stability — the whole world is changing, so why would we want to stay in one place? Why would we want to stand still? If we find that, we can let go of this delusion that desires stability, which allows us to come into harmony with the eternally cyclical nature of the world and universe once again. German soccer went through this process, letting go of past patterns and rediscovering the uniqueness of the present moment. Of course, this process of change does not always result in success.

When the Brazilian team was led by their captain Dunga they were humiliated in the 2010 quarterfinals against the Netherlands; all of these successes and failures were part of their greater evolution, however. The point is that both German and Brazilian soccer were
dynamically flowing within this process of eternal creation and destruction.


There is the following passage in the Diamond Sutra:
Find the mind which doesn’t abide anywhere at all.

This is because the moment we abide anywhere, we become petrified like a fossil. It’s as if the spring, summer, autumn, and winter are eternally spinning round and round, but our minds remain always attached to spring. We have to ask ourselves where the scars are in our lives that we haven’t let go of yet. Indeed, what are the fossils that still remain in our hearts and minds?