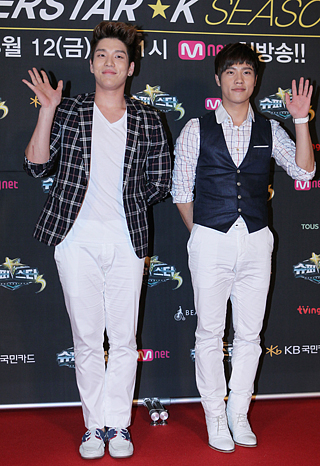 Idol vocal duo Homme surprised fans with a sudden announcement of their return with new music.

Their upcoming single “Because It’s My Everything” is set to be released on Wednesday.

The group released their single “Dilemma” in August, which was described by their agency Bit Hit Entertainment as a “chill out” style ballad. It was jointly produced by their agency CEO and renowned producer, “Hitman Bang,” as well as Rap Monster of labelmate boy band BTS.

The duo originally formed as a project group consisting of members Lee Hyun of the now-defunct vocal trio 8Eight and Lee Chang-min of idol boy band 2AM. They made their debut in 2010 with their first single “I Was Able to Eat Well."