Suga injures ear, will not perform

Suga injures ear, will not perform 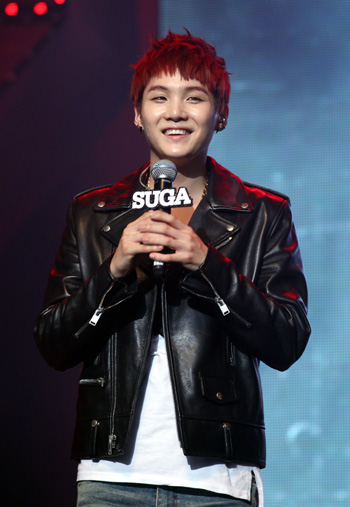 Idol star Suga of boy band BTS will be taking a break from group activities due to an ear injury, making him unable to attend end year performances.

According to a tweet by the group’s agency Big Hit Entertainment, the singer tripped on a door frame while resting at his dormitory on Tuesday. He was later rushed to hospital and was recommended by the doctor to temporarily refrain from physically straining activities.

“We will listen to the doctor’s recommendation of having him rest for one week, and we will focus on his condition and recovering during that time,” the company said.

The singer will make an appearance to greet the audience at their upcoming performances at song festivals in Nonsan and Geumsan County in South Chungcheong, while the remaining six members will be performing on television music specials hosted by SBS, KBS, and MBC.