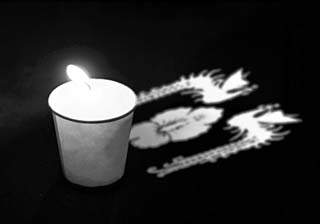 A general assembly and year-end party of the Performing Arts Management Association took place a few years ago. Since its establishment 30 years ago, it grew to have 200 members from 80 companies to exchange information and cooperate. It is the only association in Korea to represent the industry.

Many members attended the event and their faces were gloomier than ever. Although the industry was hit hard by the Sewol’s sinking in 2014 and the outbreak of the Middle East Respiratory Syndrome in 2015, things were far worse this year, they said. Although there were concerns about the effects of the new anti-solicitation law, often referred as the Kim Young-ran law, no one anticipated that the market, particularly the classical concert market, would be hit this severely.

The biggest problem is that sponsorships for concerts have greatly decreased. One company even reduced the amount of support to one third of what it promised before the law took effect in September. Banks completely ended their sponsorships because there are so many restrictions in using invitation tickets.

Companies normally receive tickets amounting to about 30 to 40 percent of the funds that they provide for events. The tickets are used as marketing tools to manage customers. But because many of the customers are covered by the law, the companies cannot use the tickets freely. Tickets are considered as gifts and offering a ticket worth more than 50,000 won ($41.53) is forbidden. Companies, therefore, have one less reason to sponsor concerts.

A concert inviting a foreign performer or an orchestra from overseas cannot meet the break-even point even when all 2,000 tickets are sold out. The guarantee of the performer is high, while there is only a certain number of people willing to attend. Therefore, only one or two concerts are planned, and the expense for hosting such an event cannot be reduced. That is why companies’ sponsorships are necessary, and is also a way to manage ticket prices for the general audience. The reduction of sponsorships from the companies is threatening this existing system.

The situation is not better for Korean performers’ concerts. Of course, the events are less costly than inviting overseas performers, but audiences rarely pay for tickets for Korean performers. The event planners, therefore, filled up the seats by inviting their own guests. But such an operation is now also impossible, because many of the guests are also covered by the new law. The concert halls are increasingly empty and performers are losing their passion.

The anti-solicitation act revealed the true nature of the Korean performance market. And the most ideal way to resolve the problem is changing the culture. First, the awareness of the sponsorship must be changed.

In Japan, a company which pays a large contribution to an event is often credited by a single sentence of note at the end of a program book. It is far different from some companies’ demand in Korea that all their contributions be returned as tickets. And the audience’s perception is also different. In Japan, the audience notices the single sentence and renews their views toward the sponsoring companies.

But things in Korea will not change immediately. The economy is slow, and companies want clear returns for their sponsorships. Under this circumstance, demanding a radical change in the companies’ mind is an empty request. The audiences must purchase tickets in full prices and attend the concerts of Korean performers, but it is also a difficult change.

A more feasible and realistic measure is needed for now. Providing tax benefits to the companies’ sponsorships for concerts and creating an exception in the anti-solicitation law about invitation tickets can be considered.

Differently from pop concerts and musicals, classical concerts do not have a jackpot, so the industry needs more support. Because it will heighten the spiritual value of the country in the future, the government must create conditions for active investments. The situations are similar around the world.

Even the Berlin Philharmonic, one of the world’s most famous orchestras, recently asked for government assistance for its financial difficulties. The Korean concert industry, however, is pressured by the new act, rather than seeing more benefits.

When the audiences become steadier, and the companies’ sponsorship system will become normalized, the concert market will be able to remain strong despite outside factors such as a political scandal or enforcement of a new anti-corruption law. But systemic support is crucial until a healthy ecosystem is created for the industry.

El Sistema of Venezuela was a state project that took a long time. Many youngsters found hope in music and escaped from drug addition.
The fruits of supporting art do not show in the short term, but the assistance is absolutely necessary. Before the Kim Young-ran law destroys the concert industry any further, we need complementary measures and a long-term plan as soon as possible.

*The author is the the chief executive of Vincero.