A sad portrait of Korean press

A sad portrait of Korean press 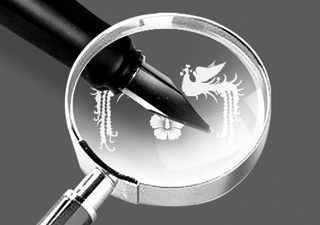 While the Blue House correspondents were strictly restricted from watching, the Blue House under Park Geun-hye has been obsessing over watching the media. According to the notes of a late secretary, the Blue House attempted judicial sanctions on reports that did not suit its tastes, exercised administrative sanctions through the Korea Communications Commission, Korea Communications Standards Commission or the Press Arbitration Commission, and used civil groups to exert social pressure. While the notes were kept while the secretary was serving in the Blue House, the basic direction was maintained, or even enhanced, after the secretary and director changed. The Blue House chief of staff or secretaries commanded what staff at the ministry of culture and information during the Park Chung Hee regime did for his daughter. The clock of the Blue House is turning backward.

The government’s media watch is directly reflected in the evaluation of the international community on Korea’s freedom of press. International organization Reporters Without Borders ranked Korea’s freedom of press index 70th among 180 nations surveyed. Korea’s ranking went up to 31st place in 2006 during the Roh Moo-hyun administration, but plummeted to 69th in 2009 in the Lee Myung-bak administration. And the level of freedom of information fell once again to 70th place.

The Reporters Without Borders indicated that the relationship between the government and media is very tense under the Park Geun-hye administration, which does not endure criticism and threatens press independence. The organization also pointed out that open discussion of relations with North Korea is prohibited by the National Security Act and favorable reports and broadcasting toward North Korea are subject to punishment. Moreover, libel charges can lead to up to seven years in prison, so the media have to censor themselves.

According to freedom of press report by international human rights organization Freedom House, which is relatively more conservative than the Reporters Without Borders, Korea’s press freedom received 33 points, 66th place among 199 nations surveyed. Korea got 31 points in 2013, 32 in 2014 and 33 in 2015. Higher points mean more freedom. In the last few years, the press freedom points gradually went up but stopped last year, meaning the freedom of information has withered and did not improve. Freedom House categorized Korea as “partly free” in the category of Freedom of Press. While Koreans may think democracy has been attained, freedom of press is still partial, unlike the developed economy, to the eyes of international organizations.

What is the difference in outcomes between a nation where media faithfully watch the power and a nation where power aggressively watches the media? The difference in status between Japanese Prime Minister Abe and Korean President Park is significant. Abe, whose whereabouts are thoroughly under watch, maintains a 50 percent approval rating. Having been out of the media’s watch and had the Blue House actively watch the media, Park Geun-hye has hit the historical low of a 4 percent approval rating and awaits the ruling of the Constitutional Court on her impeachment.

As Korea goes through Choi-gate, many people agree that the nation should use the opportunity to move on to a new social paradigm. What’s most important is to guarantee the media’s role to watch power and limit power’s watch over the media. Joseon period scholar Yi I said, “When the channel of speech is open, the nation is ruled properly. When the channel is blocked, the nation becomes chaotic.” Through the Park-Choi scandal, Koreans painfully confirm Yi I’s proposition.


*The author is a professor emeritus at the School of Media and Communications of Korea University.