B1A4 concerts sell out in minutes

B1A4 concerts sell out in minutes 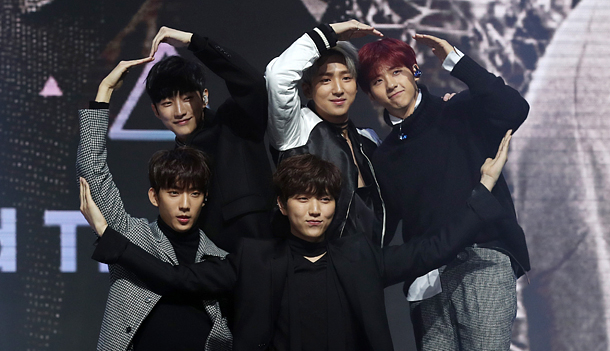 Ticketing for the group’s show titled “B1A4 Live Space 2017” became a fierce war among fans as all 8,000 seats were grabbed up on Thursday. Seats reserved for their official fanclub members that went on sale on Tuesday also sold out just as quickly.

The group’s upcoming concert is being held for four nights at the Blue Square Samsung Card Hall on Feb. 4 to 5, and again on the following week from Feb. 11 to 12.

After their Korean performances, the group will immediately fly to the US to hold a short four-city concert tour called “4 Nights” in New York, Chicago, San Francisco, and Los Angeles from Feb. 15 to 20, the group’s second time performing in the United States.